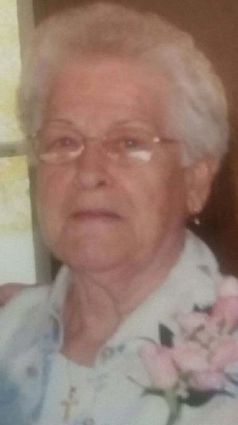 Frances was born on Aug. 19, 1921, in Rhinelander, daughter of Edward and Anna (Antes) Skaja. She attended Oma Grade School and Lincoln High School in Hurley.

Frances worked as a sales clerk at St. Paul's Store in Hurley for 14 years and at the Ben Franklin Store in Hurley and Ironwood for nine years retiring in 1986. She was a member of St. Mary's Catholic Church and was president of the Catholic Women's Council for two years. She enjoyed knitting and baking.

A Mass of Christian Burial will be held at a later date for the family.

Rite of Committal and interment will take place at St. Mary's Cemetery in Hurley.

The family has chosen McKevitt-Patrick Funeral Home of Ironwood to honor Frances' legacy of life. You can leave a condolence or a tribute at mckevittpatrickfuneralome.com.