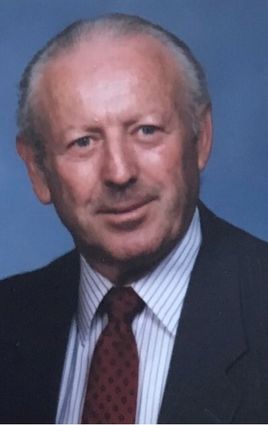 He attended J.E. Murphy High school and graduated in 1945 and then attended Gogebic Junior College for one year before entering the U.S. Army where he served in Japan from 1946 to 1948 following World War II. He returned to the States and completed two and one-half years of undergraduate work at the University of Mississippi before moving back to Wisconsin and finishing his bachelor's degree in English, with minors in history and economics, at the University of Wisconsin-Superior in 1953. During his first year of teaching, he realized that a better understanding of the learning process would allow both students and teachers to succeed. He then went on to receive his master's degree in educational psychology from the University of Minnesota in 1957.

Ted was a distinguished instructor at Gogebic Community College from 1961 to 1993 and was extremely dedicated to his students. He began teaching English at Gogebic Community College in 1961 and moved to the Social Science Department in 1963 to teach psychology. He was an outstanding educator who was always willing to go the extra mile to make sure his students knew they came first. At the time of Ted's retirement in 1993, he had taught more students than anyone in the history of the school, teaching six psychology courses including general psychology, business, and industry, child development, personality, abnormal, and social. After retirement, he continued to be active in Our Lady of Peace Catholic Church and Catholic School.

He was an avid bowler and golfer at Eagle Bluff Golf Course in Hurley. He also enjoyed going on adventures with his grandchildren.

He was preceded in death by his parents, Harry and Josephine Brunelle; wife, Mary; and brother, Harry E. "Sarge" Brunelle.

A Mass of Christian Burial will be celebrated at Our Lady of Peace Catholic Church in Ironwood on Saturday, Oct. 24, at 1 p.m.. with the Rev. Monsignor Jed Patrick as celebrant preceded by a visitation from noon until the time of the Mass.

Rite of Committal and interment will be at Riverside Cemetery in Ironwood.

In lieu of flowers, contributions can be made to Our Lady of Peace Catholic Church.