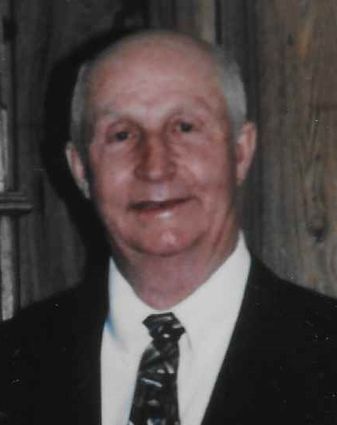 On Dec. 2, 1944, Cecil was united in marriage to Annabell West in Antigo, Wisconsin. He was employed by the Iron County Highway Department as a heavy equipment operator for more than 20 years. Cecil was a skilled heavy equipment operator and was very proud that he helped clear the land for the Blackjack Ski Resort in Wakefield, Michigan. Cecil also cleared numerous acres of land for the former Wisconsin state Sen. James Swan's potato farm in Gurney, Wisconsin.

He was preceded in death by his parents; wife, Annabell, on March 31, 2015; one son, Ronald; and nine brothers and sisters.

A private family graveside committal service will take place at the Edgewood Cemetery in Gurney.

A celebration of Cecil's life will be held at a later date.

Online condolences for Cecil's family may be left at MountainFuneralHomes.com.

Funeral arrangements have been entrusted to the Mountain Funeral Home and Cremation Services of Ashland and Mellen, Wisconsin.