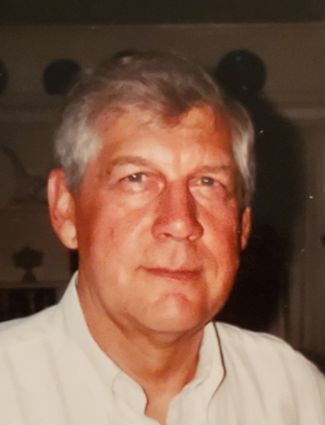 WATERSMEET, Mich. - Samuel Osgood Sorensen, 89, of Watersmeet, passed away peacefully in the comfort of his home and family on Thursday, Oct. 22, 2020.

He was born on June 21, 1931, in Carney to Chet and Lena (Barlow) Sorensen. The family moved to Watersmeet shortly thereafter. Sam graduated from Watersmeet in 1949. He was drafted in the U.S. Army in 1951 and earned a Purple Heart for injuries received during his service in Korea.

In 1954, he enrolled in the University of Michigan majoring in forestry. Luck would have it that out of the 100,001 attendees at a Wolverines football game, Sam sat next to a beautiful young lady named Mary Burgh. Sam and Mary were united in marriage on March 16, 1957. They lived in Wausau, Wisconsin, for three years where Sam worked as a timber buyer for Marathon Corporation.

Sam was raised in a family of loggers and continued on that tradition when he returned to Watersmeet in 1960 to work with his father and his uncle Elmer Sorensen until their retirement, when Sam and his brother Allan took over the logging business. Eventually they sold the company and Sam was announced as the executive assistant for the Wisconsin-Michigan Timber Association out of Tomahawk and Rhinelander, Wisconsin, until he retired to care for his father. Sam couldn't get the timber industry out of his genes, as he continued to work part-time as a timber buyer for the Sawyer Lumber Company until he was 70 years old.

Sam enjoyed public service and served as a member of the Watersmeet School Board, the Gogebic County Board of Commissioners and Gogebic County Forestry Commission. He also was very involved in organizing the Great Lakes Logging Congress annual event for numerous years.

Sam's love for the woods never faltered. He loved to hunt and spend time with family and friends.

He is survived by his loving wife, Mary, of 63 years; a son, Craig (Micki); and their children, CJ and Kyle Sorensen, of Marenisco; and a daughter, Amy (Rich) Barriger; and her children, Jacob, Sam and Megan Anys, of Watersmeet. He is also survived by his sisters, Faye Groitzsch, Clara Martin, Eva (John) Vencato and Joan Jacobs; and a brother, Allan (Deedee) Sorensen.

Sam was preceded in death by his parents, Chet and Lena; brothers, Lawrence and Chet; and sisters, Mary and Lois (in infancy).

The family is honoring Sam's wishes to be cremated and no public service.