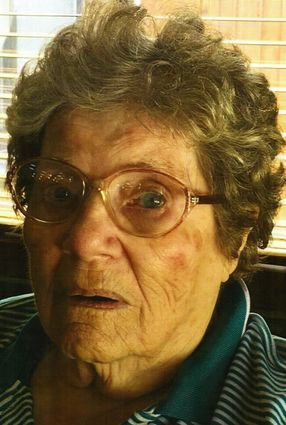 Shirley was born on Dec. 25, 1931, the daughter of John and Angeline (Libertoski) Lane. She attended Wakefield High School and graduated in 1949.

On Sept. 16, 1950, Shirley was united in marriage to Zigmund "Ziggy" Urbanski in Wakefield.

Shirley and her husband owned and operated Ziggy's Food Shop in downtown Wakefield from 1954 to March 31, 1990.

Shirley is survived by her brother-in-law, Harry (Mary) Urbanski, Kingsford; and several nieces and nephews.

She was preceded in death by her parents; her beloved husband, Ziggy, on April 18, 2010; two brothers, George Lane and William Lane; several brothers-in-law and sisters-in-law; several nieces and nephews; and her faithful four-legged companion, Puffer, who has been waiting for her over the rainbow bridge.

A graveside service will be held Monday, Nov. 2, at 1:45 p.m., at Lakeside Cemetery in Wakefield, with the Rev. Keith Mullikin officiating.