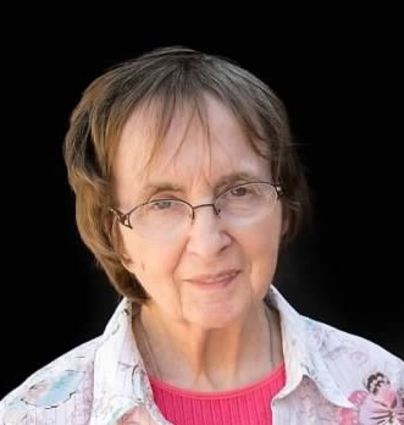 BESSEMER, Mich. - Patricia A. Filippini, of Bessemer, passed peacefully in her home, surrounded by her family on Monday, Oct. 26, 2020. Pat was a beloved mother, grandmother, great-grandmother, aunt, friend and educator.

Pat began her teaching career in Watersmeet where she also coached girls' volleyball, earning the state title that year. She helped establish one of the first early education programs in the U.P., initially developing the preschool program at St. Sebastian Catholic School in Bessemer, then helping initiate the pre-school, Head Start and Home Start programs in Ironwood, where she was education coordinator for several years. Afterwards, she moved to the Washington School in Bessemer, where she taught third grade, was the gifted and talented coordinator, and became the Title I reading and math director until her retirement.

Pat was a dedicated and exceptionally gifted teacher who was devoted to her students, inspiring many to later become teachers themselves. Some of her favorite lessons included "Tom Sawyer Days" - her students fondly recall dressing up in character, painting white picket "fences" in the hallway, and stepping back in time through literature to the days of Huck Finn and Tom Sawyer. One of her greatest gifts as a teacher was her ability to "treat every child as a unique individual," according to one colleague, "bringing out each student's unique strengths."

During "Space Exploration Days," her classroom was transformed into a NASA Space Center where her students could "travel" through the galaxies to learn about space. She inspired her students to write with Writer's Workshops and created a weather station in her classroom in partnership with WLUC-TV.

Her students were the first to be Weather Reporters of the Day "reporting from Washington School" to call in the weather report to the local television station each morning using special weather equipment. Pat also initiated the precursor to Bessemer's Adopt-a-Backpack program. A parent remembered her fondly, "Mrs. Filippini was able to reach a student where they were at, whatever their circumstance," she reflected. "She loved them all." Several of her grandchildren were also her students, which delighted them and her both.

Pat loved computers and technology! She was the go-to person for tech help for everyone around her - fellow teachers, friends and family alike. In the early days of computers, she was a driver of implementing technology in the classroom. A prolific grant-writer, Pat collaborated with the Apple Corporation to equip each classroom in the Washington School with computers and the latest technology, developed and helped implement a technology curriculum there, conducted teacher-training, and provided tech support for years. She was also instrumental in helping develop the computer center at A.D. Johnson High School. Pat stepped in as school librarian as needed. She taught computer technology courses at Gogebic Community College and the Iron County School District for many years - in her "spare" time.

One of Pat's favorite pastimes was spent serving her community whenever she was not teaching. She greatly enjoyed time spent with fellow teachers as an ADK teacher sorority member. As a member and former officer of the American Legion Auxiliary (joined in 1975), she was instrumental in establishing the American Legion Junior Auxiliary Unit 27.

Pat volunteered in countless community projects including Camp Superior, the Arts Festival, and the Bessemer Pumpkin Festival. She was part of the original Bessemer 4th of July Revitalization Team for the 1976 Bicentennial and a founding member of the Bessemer 4th of July Committee, which she worked on for many years with her husband Dwight, Marilyn and Bobby Jacobson, Bob Parker and many others. After being diagnosed with Parkinson's disease, she founded the Parkinson's Support Group at Aspirus Grand View Hospital.

Patricia was a devoted mother and grandmother. Her family came first. She was mentor, teacher and coach to each one. Pat enjoyed reading, traveling, picnics at the lake, collecting egg cups, spending time with her grandchildren, and cooking traditional Italian family meals. One of the most treasured gifts she gave her family was a cookbook she created with heirloom recipes that had been handed down from her own grandmothers and generations past. She was also co-owner of the Cake Cove in Ironwood for several years with her sister, Marilyn, where they were chocolatiers and taught cake decorating and chocolate-making classes.

After seven months of isolation in a care facility due to the pandemic, Pat was finally reunited with her family in her own home as her health declined. She recently expreesed, "All I ever wanted was to be at home with my family."

Preceding her in death were her parents, Frank and Rose Guzzo; a sister, Marilyn Jacobson; her husband, Dwight Filippini; a son, Brian Ramme; and two grandsons, Brian Ramme Jr. and Cody Shirkey.

A private Mass of Christian Burial will be celebrated for immediate family at the St. Sebastian Catholic Church in Bessemer.

A memorial service will be announced at a later date. In lieu of flowers, a scholarship fund has been set up in honor of Pat's dedication and contribution towards education and technology.

Her family would be honored to have memorials directed to the Patricia A. Filippini Scholarship Fund, c/o Kathy Whitburn, 13346 State Highway M-64, Marenisco, MI 49947, or at the Gogebic Range Bank in Bessemer. Cards may be sent to her family in care of Greg Ramme, 401 First Ave., Bessemer, MI 49911.

Funeral arrangements have been entrusted to Jerald Rocco, at Lakeside Memorial Chapel, Wakefield. Condolences may be expreesed online at lakesidememorialchapel.com.