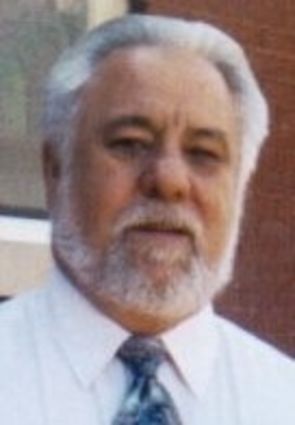 Joe was born on Dec. 29, 1944, in Wakefield, a son of Roland and Marie (Salo) DelFavero. He attended Wakefield area schools and graduated from Wakefield High School in 1963. He was married to Kay Salo on July 31, 1971. They had a son, Dion (Nicole), and he had two beautiful grandchildren, Antonio and Emily, they were the light of his life. He enjoyed watching them in whatever they participated in.

Joe was preceded in death by his parents; and a brother, Jim.

He is further survived by a sister, Jean (Dale) White; his sister-in-law, JoAnn; and numerous nieces, nephews and cousins.

Joe continued his education at Northern Michigan University where he received his teaching degree. He taught at Ewen-Trout Creek School, was a class advisor and a football coach. His students and football players were very special to him. Joe often enjoyed telling stories of these times. After teaching he drove truck for DelFavero Trucking and Smily's. Then, he became a correction officer and supervisor working at Marquette Prison and Camp Ojibway. He enjoyed the company of all his co-workers and made many lifelong friends.

Joe was deeply involved in his community. He was a member of the Wakefield Fire Department and Wakefield Fireworks Committee. He served on the Wakefield Planning Commission, Wakefield City Council and as Mayor. He played hockey in his younger years for the Gogebic Chiefs, participated in returning youth hockey to Wakefield, and coached the young players.

Joe had fun going to camp with his buddies, hunting and cooking for everyone. He looked forward to going for coffee everyday, visiting with his friend and solving the world's problems. He had a heart of gold and would give you the shirt off his back. He will be dearly missed by all that knew him. Heaven gained another angel.

Cremation has taken place. A celebration of life will take place at a later date.