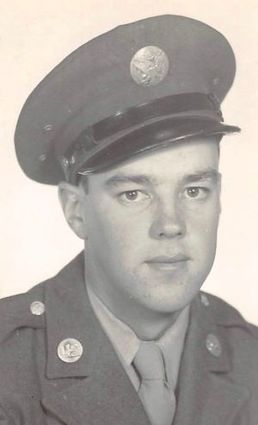 He was born on July 2, 1924, son of Reginald and Lillian (Tremain) Tippett. He attended local schools and graduated from Luther L. Wright High School in Ironwood in 1942.

Chip joined the U.S. Army and served during World War II in the infantry in the Philippines during the Japanese Occupation from 1944 to 1946.

In 1948, he married Laviolet Nicholas; and they raised three children together.

Chip worked as an office manager for the Gogebic County Road Commission for 28 years, retiring in 1986.

He was a member of the Wesley United Methodist Church in Ironwood.

Chip enjoyed spending time with his two sons restoring street rods, especially the 1935 purple Ford Coupe. He was an avid walker making sure to stop and have coffee with his friends. He loved all Michigan sports teams, but the Detroit Lions never lived up to his expectations. He never forgave Barry Sanders for leaving the Lions. In his earlier years, he loved to bowl, play softball and volleyball.

He had a very special friend, Jeanne Olson; and they loved to go dancing, camping, and car shows. He didn't start golfing until retirement, and he became a very good golfer and went most days. Before that, he said he would never chase a little ball through a cow pasture.  However, the best of times was spent with his family. He was a kind and generous man but mostly wanted to be remembered as "a gentleman".

One highlight of his later years was taking the Honor Flight for World War II veterans to Washington DC. They visited the World War II Memorial and all the other memorials.

He was preceded in death by his parents, Reginald and Lillian Tippett; son, William; infant brother, Charles; and brothers-in-law, Emil Sabol and Leo Rands. 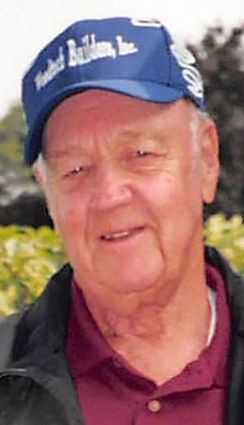 The family has chosen McKevitt-Patrick Funeral of Ironwood to honor Chip's legacy of life. You can leave a condolence or a tribute at mckevittpatrickfuneralhome.com.