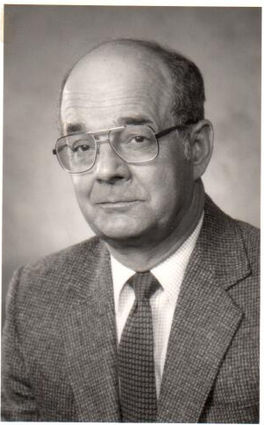 He was born in Natrona, Pennsylvania, to Bronislaw and Helen (Olczak) Zylinski and graduated from Har-Brack High School in Natrona Heights in 1946 with his twin brother Conrad. Upon graduation, joined the U.S. Army and served in Korea until 1948 when he returned and began studying forestry at Pennsylvania State University.

After spending a solitary summer in a fire watch tower at Mount Adams, Washington, he was recalled to Korea in September 1950 and found himself serving in the now renowned Army's 2nd Engineers Combat Battalion which was tasked with holding off nearly 400,000 Chinese soldiers invading across the Yalu River from Thanksgiving Nov. 25 to Nov. 29, 1950, to allow the rest of the United States and United Nations forces to escape and regroup. They fought in sub-zero conditions for those five days with temperatures dropping as low as 50 degrees below zero, until they were finally overwhelmed by the advancing Chinese. The 2nd Engineers burned the unit's colors and remaining equipment to keep it from falling into Chinese hands and the majority of the remaining U.S. soldiers were killed or captured by the communist Chinese forces. Joe survived the cold, those battles and fought in Korea until September 1951. He left the Army an operations master sergeant after turning down battlefield commissions to be elevated to officer and was awarded three Bronze Stars and two Korean Service Medals. He never shared much about that year in Korea and never complained about the cold again.

Returning to Penn State, he continued his studies and while working at a summer job, rescued a co-worker who might have been crushed by heavy glass panes in a workplace accident. Joe was admitted to a Pittsburgh hospital and was tended to by a captivating young nurse, with whom he eloped just a few months later.

After graduating in 1954, he accepted a position with the U.S. Forest Service, and he and Mary Ellen drove West, where they spent the next nine years. Joe served first on the White River National Forest, and it was there, in Minturn, Colorado, that their daughter, Susan, was born. In his 33-year career, he served on four Ranger Districts, six National Forests including: the Pike, Rio Grande, Wasatch, Tongass-Alaska region and Ottawa, as well as at U.S. Forest Service Headquarters in Washington DC, where his daughter, Barbara was born. His final assignment was as supervisor of the Ottawa National Forest in Michigan's Upper Peninsula.

He regarded his contributions to the Alaska National Interest Lands Conservation Act, signed into law by President Carter in 1980, as one of the most important contributions of his career, when working in legislative affairs at U.S. Forest Service Headquarters in Washington DC. He was elected a fellow of the Society of American Foresters, a member of Soil Conservation Society of America, the Association for Range Management and the Michigan Forestry Association.

Joe was a member of, and led, civic organizations throughout his life. He was a member of the Knights of Columbus, a life-long member of the Kiwanis Club, helped found Kiwanis in Juneau, Alaska, and served in a variety of leadership roles in the organization over the years. He was the vice commandant of the U.S. Coast Guard Auxiliary, Alaska Coast Guard District and served on the Ironwood Chamber of Commerce, Tax Equalization Board, Housing Commission, Carnegie Library Board and was a trusted organizer and volunteer at numerous civic events as well.

Joe took his hobbies seriously and was an avid outdoorsman, hunter, fisherman, scuba diver, golfer and cross-country ski enthusiast. After his retirement, he pursued his love of aviation and earned his pilot's license. He founded the Ironbirds Flying Club and was an aviation evangelist flying more than 350 children and young adults as part of the Experimental Aircraft Association's (EAA) Young Eagle Program and flew countless friends, family and neighbors on his airplanes.

To his family, Joe was a loving, kind and generous husband, father, uncle and brother. He was the embodiment of leadership, duty, respect, selfless service, honor, integrity, and personal courage. He was preceded in death by his wife, Mary Ellen; daughter Mary Margaret; brother, Conrad Zylinski; and sister, Laura Zylinski. He is survived by his beloved daughters, Susan Olson of Anchorage, Alaska, and Barbara Zylinski, of Washington DC; five grandchildren, Robert Olson, Megan Olson, Dana Olson, Sophia Mizrahi and Nina Mizrahi; and five great grandchildren and his sister, Annette Zylinski.

A service celebrating his life will be scheduled at a future date. The Zylinski family would like to thank the staff of Westgate Nursing, Rehabilitation and Assisted Living for the years of kind and compassionate care for Joe. Especially in his last weeks, we thank you for the beautiful way you made his last days peaceful and comfortable even in such difficult circumstances.