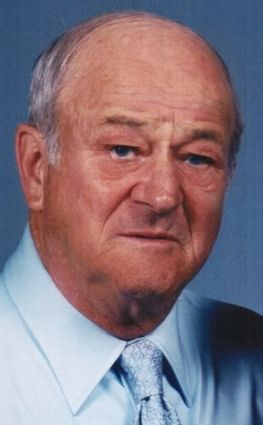 The family moved to Ironwood. John attended Norrie Grade School and graduated from Luther L. Wright High School. He served in the CCC at Camp Norrie. He worked at the A & P Store, Roddis Sawmill and as a custodian for the Ironwood Area Schools. He retired in 1986 as the head of maintenance.

On July 8, 1946, John was married to Doris DeFelice at St. Ambrose Catholic Church. They celebrated their 74th wedding anniversary.

John's passion was steelhead fishing at the Carp and Huron Rivers, with family and friends. He was also an avid hunter. He enjoyed playing fast-pitch softball, and in his later years, umpired men's slow-pitch softball. Playing cribbage with his longtime friend, Tony Ostermen, in the Ironwood Social Cribbage League, gave him much pleasure.

John was a member of Our Lady of Peace Catholic Church in Ironwood.

Out of respect for John's wishes, cremation will take place.

A celebration of his life will be held at a later date.