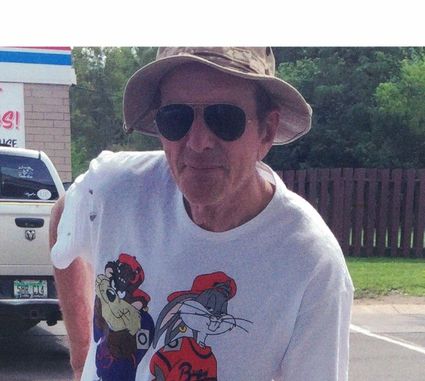 KNOXVILLE, Iowa - Douglas John Hermle died Nov. 9, 2020. He was born Jan. 4, 1950, in Ottumwa, Iowa, to John and Patricia Hermle. In 1968, he graduated from Ottumwa High School and enlisted in the U.S. Air Force. In total he served 25 years in the military in occupations ranging from K-9 sentry dog handler to machinist and ultimately as a medic.

In March 1989, he married Beverly Schneider (Doepke) in the chapel of the Omaha VA Medical Center, where they both worked as RNs. In their 28 years of married Doug felt blessed every single day to have the most beautiful and wonderful wife any man could ever wish for. This union provided him three fantastic daughters and two sons, as well as nine grandchildren and three great-grandsons.

Doug's affiliation with the military led to his membership in the DAV and American Legion. His faith and love for his savior brought him for many years into the Lutheran faith and in later years as a member of the Range Community Bible Church in Hurley, Wisconsin. His theology was simple: love the Lord with all our heart. In addition, he thanked the Lord every single day to be part of His unique creation. The purpose of life is to ultimately be a part to the Lord's glorious kingdom - absent from the body, present with Lord.

In addition to his on-going education within the Air Force, Doug graduated from Iowa Western Community College with an Associate Degree in nursing. He applied his training as a nurse at VA Medical Centers in Columbia, Missouri, and Omaha, Nebraska, where he retired in 2004. He and Beverly pursed their dream of retiring in the Northwoods, in Ironwood, Michigan, a part of the beautiful Upper Peninsula. He thought there was no more awesome place in the world and felt it a great privilege to be able to spend so many years there.

Doug has no brothers or sisters. Through marriage, he had three daughters, Tammy (Rusty) Granzella, Rhonda (James) Arroyo and Stacy Schneider-Cater; and two sons, Roy (Arlie) and Eric (Jen); along with nine grandchildren and three great-grandsons. Beverly went to be the Lord in 2017 and both of his parents passed many years ago.

A memorial service will be held at Bybee & Davis Funeral Home in Knoxville, Iowa, on Friday, Nov. 13, at 11 a.m.

In lieu of flowers, please direct all donations to the Marion County Humane Society in Knoxville (marioncountyhumane.org).