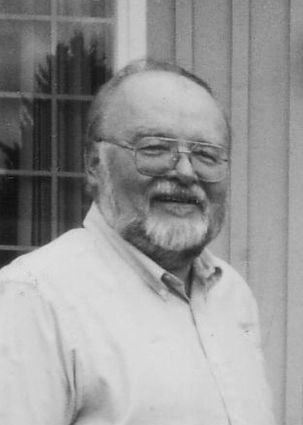 KIMBALL, Wis. - William "Bill" Kompsie, 76, passed away peacefully on Saturday, Oct. 24, 2020, at Aspirus Wausau Hospital, from complications of diabetes. Bill was born in Ironwood, Michigan, on May 25, 1944, to Eugene W. and Edna (Lehto) Kompsie. He moved from Hurley to Kimball when he was 5 years old and lived there most of his life.

Attending Hurley schools, Bill graduated from J.E. Murphy High School on May 25, 1962, his 18th birthday. He received an Associate in Arts degree from Gogebic Community College in 1964, a Bachelor of Arts degree from Wisconsin State University at Superior in 1967, and completed several graduate school courses before becoming a social worker in Kenosha, Wis. He moved back to Kimball in 1970 and went to work at the White Pine mine smelter. After several other jobs, Bill became employed by the U.S. Postal Service in 1980 as an auxiliary rural mail carrier based out of Hurley and Montreal, Wis., until becoming disabled in 2000.

Smart and curious, Bill was an avid reader who loved science fiction and fantasy, but read everything from history to mineralogy to poetry. He had a quick wit, a good sense of humor, and was an unstoppable storyteller. Bill loved the woods and waters, was a largely self-taught hunter and trapper, and an enthusiastic fisherman. From "hand-fishing" brook trout as a kid, with his older brother, to checking out local streams and lakes as an adult with his custom-remodeled fishing rod, he rarely came home empty-handed. He especially enjoyed fishing the Montreal River, with all its variety.

Bill was creative. He read and wrote poetry. He enjoyed carving, letting the wood grain speak to him, or just making tool handles. Bill wove black ash baskets in the Native American style, from scratch, starting with the tree. He turned scrap fabric into rugs for home. With his younger brother, he made and sold maple syrup. For years, Bill crafted small airplanes from aluminum beverage cans and sold them mostly at the Iron County Farmers Market. He also gave many away, claiming that a child's grateful smile was worth much more than money.

Being a quiet man of strong Christian faith, Bill tried to live it more than talk about it. He was kind, generous, and helpful, not seeking recognition, and not criticizing others. He loved God and loved his neighbor as himself. Bill was a long-time, active member of St. Paul Lutheran Church in Ironwood, Michigan, and felt the people of St. Paul's were extended family. He sang in the chancel choir for 45 years, sang in a quartet, and over the years, served on the church council and several committees. Bill loved to sing harmony and his solid bass voice will be sorely missed.

Enjoying music from classical to rock, Bill sang barbershop harmony with the Cloverland Chorus for over 20 years, plus the "Superior Sound" and "Borderline" quartets. He also sang with the Ironwood Memorial Day chorus for decades, and with the Range Community Chorus.

Bill was a founding member of the Kimball Volunteer Fire Department, served as secretary for most of his 15 active years, and continued to volunteer at their fundraising turkey dinners. Proud of his Finnish heritage, Bill was a founding member, and a Life Member, of the National Finnish-American Festival Inc., working countless volunteer hours to help when the group started.

A dedicated Minnesota Vikings fan, Bill liked their style and stayed loyal over many years, always hoping to see the Vikings win the Super Bowl.

Bill was preceded in death by his parents; his sister and brother-in-law, Carole and Steve Tomlanovich; and their son, Dan Tomlanovich. He is survived by his brothers and sister-in-law, John and Judy Kompsie of Madison, Wis., and Bob Kompsie of Kimball; as well as nieces and nephews, Pam Winkler, Gene Kompsie, Joanne Tomlanovich, Matt Kompsie and Jenni Porter; plus a large extended family, and many good friends and neighbors.

In accordance with Bill's wishes, cremation has taken place. A memorial service and celebration of life is intended for the summer but no date has been set.

Memorial donations may be made to St. Paul Lutheran Church, P.O. Box 785, Ironwood, MI 49938, or to the Kimball Volunteer Fire Department, 5715W Center Drive, Hurley, WI 54534, or to any charity of your choice which feeds the hungry.