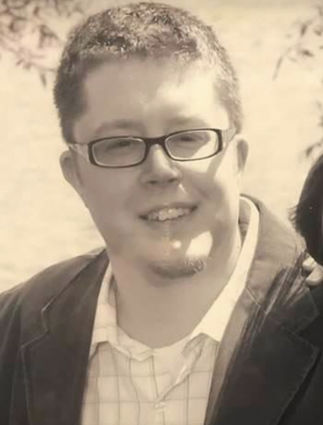 WAUSAU, Wis. - Sean James Luoma, 44, of Wausau, passed away on Monday, Nov. 30, 2020, with his family by his side, following a long battle with heart and kidney disease.

Sean was born June 4, 1976, in Ashland, to Carol (Sbraggia) Vokolek and James Luoma. He grew up in Montreal, and graduated from Hurley High School with the class of 1995. Sean then attended Gogebic Community College and transferred to Northcentral Technical College in Wausau, where he received a computer-aided design and drafting degree. Sean enjoyed various jobs, and was most recently employed as a draftsman at Semco and previously at Kolbe and Kolbe.

Sean had many hobbies and interests, including coin collecting, cooking, horror movies, antiquing, collecting firearms and knives, deer hunting, fishing, and drawing. He also loved taking long drives, target shooting with his stepfather and siblings, Reinerio's nibble sticks and spending time at the family property "the 40." Sean had a close bond with his Papa Geno.

Sean married the love of his life, Kelly (Zirkle) Luoma, on July 27, 2006. Sean enjoyed traveling back to Montreal with Kelly and their two children Gage, 13, and Sidney, 8, where they would visit with his family, go camping and spend time together at one of his favorite places, Lake Superior. He also enjoyed spending time with his in-laws. Sean's deep love for his children and family kept him going during the difficult times he experienced with his health.

Sean is preceded in death by his grandparents, Anna Mae Sbraggia, June and Marvin Luoma, and William and Mary Jane Vokolek.

We will all miss Sean's unique sense of humor, playful personality and devilish giggle.

The sun, the moon, the wind, the stars will forever be around, reminding us of the love we shared and the peace he's finally found.

A celebration of Sean's life will occur at a later date in his home town. A memorial fund is being established to help support his family during this difficult time. Contributions can be sent to Kelly Luoma, 2204 Midway Blvd, Wausau, WI 54403.