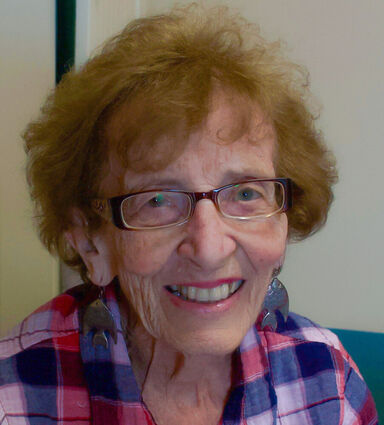 INDEPENDENCE, Minn. - Jeanne Ruth Evenstad (nee Castle) passed away peacefully on Dec. 4, 2020, in Independence, with her youngest daughter, Melissa, by her side.

She was born in Verona, Michigan, on May 15, 1924. Jeanne graduated from Wakefield High School in 1942. She trained with the National Youth Administration and moved to Milwaukee, where she worked as an inspector for Kearney & Trecker where milling machinery was made for the defense during World War II.

At age 20, her mother passed away and she moved back home to Verona to care for her father and twin siblings, Patrick and Patricia, and brother, Jack. She had to learn how to cook and care for a household during a time when food and supplies were rationed during the war.

She married Donald in 1949. They celebrated their 70th wedding anniversary shortly before his death in 2019. Together they raised their five children in Ironwood, Michigan. Jeanne was an artist and a member of the Range Art Association. She especially loved batik, acrylic and watercolor. While living with Melissa and Andy, she continued to paint. Often you would find her at the dining room table painting with her daughter.

Jeanne was involved with her church, attending daily Catholic mass and participated as a Eucharistic minister, offering communion during Mass and to the local nursing home residents.

She was a great cook with many tasty recipes. Cardamon toast, pasties, cabbage rolls and ribbon sandwiches were some of the favorites along with many baked goodies and cookies. Jeanne was a good friend to many and always had the coffee pot on at her house. She loved the outdoors, walking daily for many years and in the winter enjoyed cross country skiing. She had a wonderful sense of humor and an infectious smile and will be missed by all who knew her.

A memorial service will be scheduled at a later date. In lieu of flowers, donations can be made to your favorite charity.