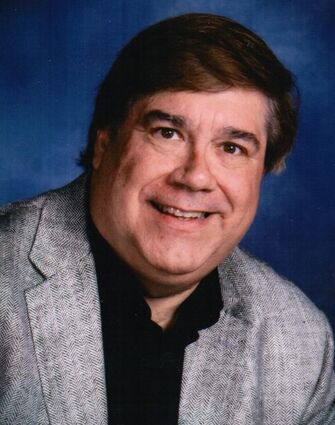 Alex was born on Feb. 26, 1956, in Duluth to Bernard and Elda (Cirilli) Marciniak. He graduated from Hurley High School in 1974. While in high school, Alex was selected for Badger Boys State in Ripon, Wisconsin. He was on the forensic team and went to state competition earning an "A" in memorized declaration. Prior to high school, he attended St. Mary's School in Hurley and made the boys basketball team. After high school, Alex attended the University of Wisconsin-Superior where he earned a Bachelor of Arts degree in liberal arts in 1978. He studied theater and music. While at UW-Superior, Alex gave several piano recitals on the Thorp Langley stage. Upon graduation, he attended Texas Christian University in Fort Worth, Texas. He studied under a world famous Mozart scholar pianist, Lily Kraus, and was awarded a graduate assistantship graduating with a master's degree in applied piano in 1980.

After college, Alex returned to Ironwood and began teaching at the Gogebic Community College. He taught a number of classes including music appreciation, speech, art history, film history and piano. He performed piano recitals throughout the Gogebic Range including Hurley High School, Ontonagon Theatre and at his home for friends. For many years, he taught and mentored students some attaining great prominence including Jessica Catalino.

Alex touched and influenced many lives being an integral part in developing the dramatic and performing arts in Ironwood and the Gogebic Range starting in the 1970s. He was generous with his many gifts when volunteering his time and remarkable talents. Over the past 40 years, Alex often shared the stage as an actor in musicals, comedies and dramas. His musical expertise served many productions as the musical director, teaching actors their vocal parts and accompanying many productions on the piano. He helped establish the Gogebic Range Players, and the in house theater company at the Ironwood Theatre where he directed plays and musicals. Alex loved melodrama and presented several dinner theater shows at the Branding Iron in Hurley, including "Driving Miss Daisy."

At the Gogebic Community College, Alex directed the community chorus for a number of years and directed musicals, comedies and dramas including "Can Can," "Dirty Works at the Crossroads," "Doubt" and "Gin Game." Some of his biggest musical productions included the memorable hits, "Grease," "Forever Plaid" and "Chicago." Alex was on the board of directors of Theatre North, a member of Klassic Kruisers and the Gogebic Range Men's Club.

Alex is survived by several cousins; and many friends.

A Mass of Christian Burial will be celebrated Wednesday, Dec. 30, at 11 a.m., at Our Lady of Peace Catholic Church, 108 S. Marquette St., in Ironwood, with the Rev. Binu Joseph, celebrant, and the Rev. Frank Kordek, OFM, pastor of St. Mary's Catholic Church, will concelebrate and be the homilist.

Because of the COVID-19 pandemic, there will be no visitation prior to the Mass and attendance at the church will be greatly restricted in numbers to family and a few non-family. Masks will be required. There will be no reception or food after the Mass.

The funeral will be filmed and available after 3 p.m. on Dec. 30 on the church website. To watch his funeral go to facebook.com/ourladyofpeaceironwood.

Alex's passing will leave a huge void in our community. His talents and magnetic personality will live on in our hearts forever.

In lieu of flowers, memorial contributions may be made in Alex's memory to HOPE Animal Shelter, Box 261, Ironwood, MI 49938.