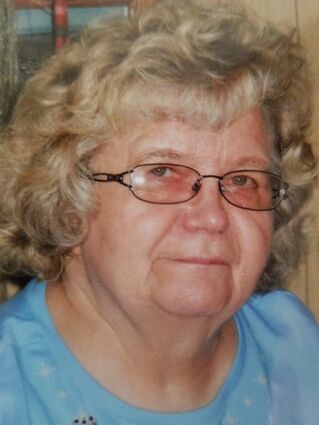 She was born on Feb. 24, 1944, to Mathew and Lillian (Jarvenpaa) Hongisto at Divine Infant Hospital in Wakefield. Helen graduated from Hurley High School. She was married to Michael Choronzy and they had three children together. Helen lived in Appleton, Wisconsin, for a time working at The Salvation Army department store as well as H&R Block during tax season.

Then she moved to the Minneapolis area and began work at Kmart, which she did for three years. In 1977, she decided to move to Ironwood to be close to her family. Once she arrived, she was able to find work at Holiday gas station, from there she moved on to the Jupiter store. After Kmart built a new store in Ironwood, she worked there for many years until she was forced into retirement due to an injury.

She was united in marriage to James Duray on May 22, 1982. They were fortunate to celebrate 38 wonderful years just before the unfortunate passing of Jim. Her entire life, she always had a strong faith and never passed up a chance to share her love of Jesus with anyone she came into contact with.

In her retirement years she enjoyed spending time at the local nursing home and senior living centers to share the ministry of the Lord. She would have Christian services and sing, while Affy Bullen would play the guitar.

A small private service has already been held at McKevitt-Patrick Funeral Home and that service can be viewed online at client.tribucast.com

/tcid/86635625. There will be a memorial service held this summer for both James and Helen to be announced at a later date.

The family has chosen McKevitt-Patrick Funeral Home of Ironwood to honor Helen's legacy of life. You can leave a condolence or a tribute at