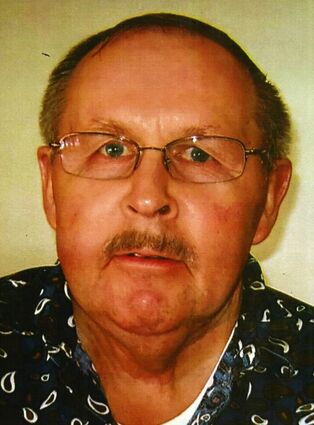 William was born on June 10, 1940, in Ironwood Township the youngest of 12 children to Arvo and Emma (Hendrickson) Suvanto. He attended Roosevelt School and graduated from Luther L. Wright High School in 1958.

On Jan. 2, 1960, he was united in marriage to Irene Kinnunen at the Ironwood Apostolic Lutheran Church where he was a lifelong member.

He was preceded in death by his parents; his siblings, John, Signe, Senia, Waino, Carl, Aune, and four siblings prior to his birth, Impi, Wilho, Mayme, one stillborn; and his son-in-law, Ronald Borga.

Following graduation he moved to Chicago where he attended mechanics school and was employed by Webcor Inc. He was then employed at Arthur Wagner Company as a supervisor. He also worked for Kraft Foods until 1962. His work ethics were outstanding as he often said, "work first and play second." He moved back to Ironwood in February 1963 and was employed by United Parcel Service from 1964 to his retirement in 1999. He was a parcel delivery driver and Union Steward.

William enjoyed his hobby farm including making hay, gardening and cutting wood. He loved fast cars with loud mufflers, Ford cars, trucks and tractors and was fond of Elvis Presley music. He was a caring, loving and compassionate person always caring for others before himself. He loved his family and most importantly his Lord and Savior Jesus Christ.

To a beloved husband and Dad, "Bye-for-now," you are safe in the arms of Jesus.

A note of thanks from William's family to the care team at the Villa Maria Health and Rehabilitation Center for taking such great care of him.

Due to COVID-19, a celebration of William's life will take place in the spring of 2021. Services will be held at the Apostolic Lutheran Church, 326 W. Aurora St., in Ironwood with the Revs. Alan Estola, Bruce Estola and Gary Bertram officiating.

Memorials may be directed to The Parkinson's Foundation at parkinson.org.