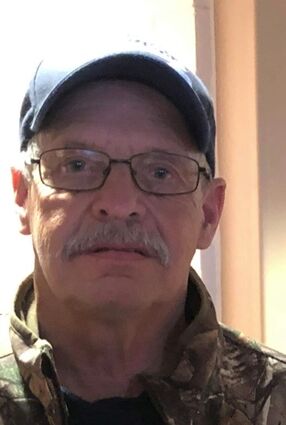 David was born June 9, 1957 in Ironwood, Michigan. Son of Swanee and Alice (Chaput) Huotari, he was the ninth of 11 children. He attended J.E. Murphy High School in Hurley and graduated in 1978. After high school, he worked a variety of different jobs. He worked in lumbar yards, recycling plants, meat processing factories, and the pipeline all over the country. In recent years, he was a dish washer at the Liberty Bell Chalet in Hurley.

After David's life on the road, he decided to move back to Hurley, where he met the love of his life, Christine A. Grogan. They got married on Sept. 2, 1995, and celebrated their 25th anniversary this past September. David and Christine had two children together, Noah and Hannah. Whether it was hunting, fishing, camping, or throwing a baseball around, David enjoyed spending time outside with his children.

Anyone who ever met David knew he had a sense of humor like no other; he was always laughing and making other people laugh.

He loved the Green Bay Packers, Bud Light, cooking on the grill, and his cat, Tigger, who was his "best friend."

On David's last day, he was surrounded by his loved ones, laughing, playing card games, and drinking a couple Bud Lights.

David was preceded in death by his parents, Swanee and Alice Huotari; niece and goddaughter, Cheyann Combs; and two brother-in-laws, Ben Walston and Larry Bryce.

A celebration of life cookout will be held in the summer of 2021.