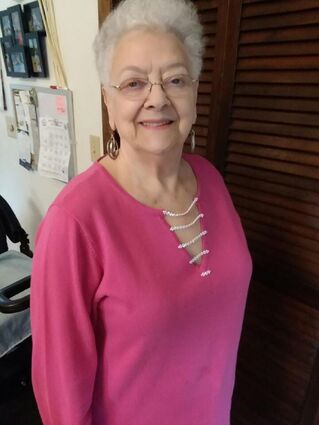 WAUSAU, Wis. - Joanna Marie (Toni) Saari of Hurley, passed away due to complications with COVID-19 on Dec. 25, 2020, at the Aspirus-Wausau Hospital.

She was married to Bert Raymond Saari at St. Mary of Seven Dolors Catholic Church in Hurley on Feb. 12, 1955, by Father Prock.

Joanna graduated as the valedictorian at St. Ambrose High School, Gogebic Community College, and Northland College with a bachelor's degree in education in 1969. Her first teaching job was at Roosevelt School in Montreal, then South Side School in Hurley, as a 4th grade teacher. She brought many classes to the state capitol in Madison and the Wisconsin Dells to enrich the area student population. She had a love of reading and taught title students at the Hurley K-12 after it was built. She was head of their union and strived for equality for all. She retired in June of 1999.

Joanna enjoyed traveling in their motorhome with Bert from coast to coast for 18 years after her retirement. She loved shopping and eating on their travels. Joanna was known for being a great cook and baker. It was nothing to whip up an Italian meal and four different pies to feed her family on Sundays. She enjoyed her Italian heritage and treated her daughters-in-law and granddaughter on a two-week trip to Italy, where she was born from nobility as a countess. She had many hobbies, including knitting scarves, glass making, rug making, gardening, walking, swimming, reading, playing solitaire and doing puzzles. She enjoyed lunches with her friends and spending time with her family.

Joanna is preceded in death by her brother, Alfio, and his wife, Ginger Toni; sister, Luisa, and her husband, Robert Hughes; grandson, Brian Joseph Saari; stepbrother, Joe "Toddy" and his wife, Mary Margaret Francis; brother-in-law, Leo Secor; by her mother and father; and by stepfather, James (Ferrucci) Francis.

She was a faithful member of St. Mary of the Seven Dolors Catholic Church until her passing.

A service will be held at a later date. Funeral arrangements have been entrusted to Jerald Rocco, owner and manager of Lakeside Memorial Chapel Inc., in Wakefield.