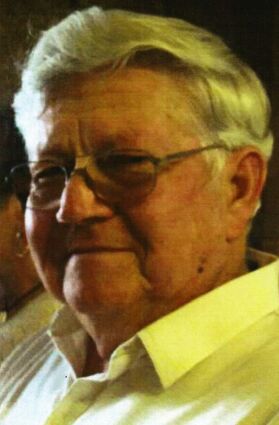 WAKEFIELD, Mich. - Theodore "Teddy" A. Finco Sr., 81, a lifelong resident of Wakefield, passed away peacefully Sunday, Jan. 3, 2021, at Aspirus Wausau Hospital in Wausau, Wisconsin, with his family by his side.

Ted was born on Nov. 5, 1939, a son of John and Domicella (Zielinski) Finco. He graduated from Wakefield High School with the class of 1957. After high school, he attended Northern Michigan University in Marquette.

On Aug. 2, 1969, Ted married the former Roseann Chernak (his bride) at Christ the King Catholic Church in Ramsay by the Rev. B. Neil Smith.

He worked in the smelter at the White Pine Copper Company from 1963 until 1982. He was well known at various establishments in the area for bar tending, especially at Lakeview Inn, Sports Bar, Bingo's, Gogebic Lodge and Indianhead. In 1985, Ted began working at the Gogebic County Road Commission until his retirement in January 2003. Following his retirement, he was a shuttle bus driver for Big Powderhorn Resort until January 2020.

Ted was an active member of the Wakefield Volunteer Fire Department for 52 years, serving as chief for 14 years and attended all 52 firemen's tournaments in various locations. Ted was featured on "The Upside" WLUC TV6 on Oct. 12, 2020, for his continuous help in the community. He was very active with the Fire Safety Week for the local head start and kindergarten kids. He served as chairman of the planning commission for 25 years and was a member of the city council and 911 Committee. Ted was honored by the city of Wakefield proclaiming April 17, 2009, as "Ted Finco Day."

Ted loved to cook and you could find him in the kitchen at the Wakefield Veterans of Foreign Wars Post 9084 flipping pancakes and burgers for various fundraisers. He was well known for his family sausage recipe and roast beef sandwiches. He also cooked for many steak feeds at the Bessemer VFW Post 3673.

In their 51 years of marriage, Ted and Roseann loved family gatherings, attending church together, enjoyed traveling, playing cards, listening to country music, going out to dinner and going to the casino.

Due to COVID-19 restrictions, services will be held at a later date.