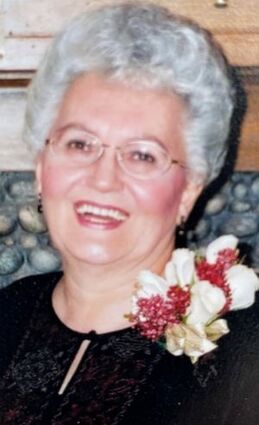 RHINELANDER, Wis. - PollyAnn Hiipakka passed away on Tuesday, Jan. 12, 2021, at The Rennes Health and Rehabilitation Center in Rhinelander.

She was born on Oct. 6, 1934, to the late Matt and Lempi (Siirila) Rahko in Ironwood, Michigan. Polly attended grade school at the Erwin Central School in Erwin Township and was a 1952 graduate of Luther L. Wright High School in Ironwood.

After graduation, Polly worked at Doolittle's Resort of the Woods in Boulder Junction. She was also employed as a secretary for John K. Jackson Construction Company of Erwin Township until her marriage.

On Oct. 10, 1953, Polly was united in marriage to Reino R. Hiipakka at St. Paul Lutheran Church in Ironwood, with the Rev. Arnold Stadius officiating.

They were lifelong residents of Ironwood, having built their home in Erwin Township in 1956 and resided there until May 2006 when they moved to Garden Estates Apartments in Hurley. Reino preceded Polly in death on Oct. 22, 2007. They had celebrated their 54th wedding anniversary on Oct. 10, 2007.

Polly was a lifelong member of Zion Evangelical Lutheran Church in Ironwood. She belonged to the Zion Women of the ELCA, was funeral serving chair for 12 years, served on Church Altar Guild, and with her husband participated as Youth Group leaders. Polly was also a member of Little Finland in Kimball.

Upon her husband's retirement from Northern States Power Company in 1986, they enjoyed camping and fishing at Lake Gogebic and traveling with friends of the former MFC Bank 55 Plus Club.

Most important in Polly's life was her faith in God, her husband, children, and their spouses, her precious grandchildren, great-grandchildren, friends and relatives. Also important in her life in later years was her very dear and special friend, Elmer Waurio.

A family celebration of life will be planned in the Ironwood area at a future time.

The family has chosen Ketola-Burla Funeral Home of Ironwood to honor PollyAnn's legacy of life. You can leave a condolence or a tribute at rangefuneralservices.com.