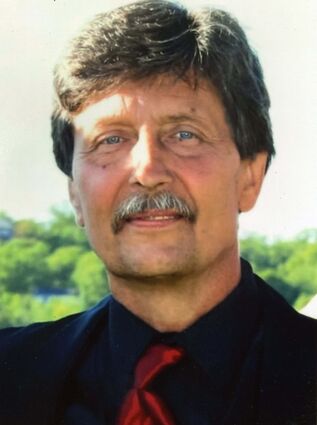 He was born on Jan. 15, 1953, to Signe and Arvo Saari in Ironwood, Michigan. He was the youngest of six children. He graduated from Hurley High School in 1971.

On Aug. 6, 1977, he was united in marriage to Mary Rouse at Ironwood Apostolic Lutheran Church.

He was preceded in death by his parents; his siblings, Arlove, Dennis and Kenneth; niece, Lylee; and granddaughter, Bailey, in infancy.

After graduation, Byron was employed by Columbia Forest Products for 36 years in Mellen as a joiner operator.

In 2010, he was diagnosed with cancer. Despite such difficult news, Byron found such a great hope as he received Jesus Christ as his Lord and Savior. He found new life and was thankful for and enjoyed the 10 more years God gave him.

Byron was a dearly loved and devout husband and father. He truly loved his family with a selfless love. He was a very humble and endearing man. He was always willing to listen and always quick to encourage, even to the very end. He could often be spotted around town walking, getting some sun in his yard, or draining 3s from half-court. He also enjoyed watching his kids and grandkids play sports, morning Bible study with his wife, and going for car rides with Abe's.

Byron will be so deeply missed. Rarely has the world seen a man of such great quality and we are thankful for every moment we had with him.

A funeral service, conducted by Rev. Alan Estola at the Apostolic Lutheran Church in Ironwood, was held privately on Jan. 20.

A memorial service for Byron will be held at a later date to be determined.