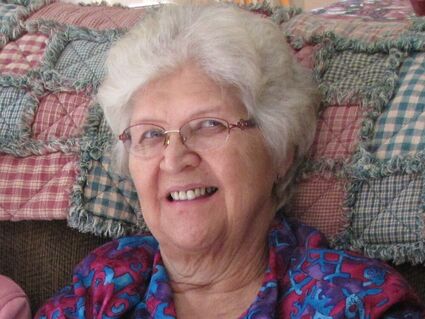 ALEXANDRIA, Va. - Dorothy Salonen Pakonen, 83 a longtime resident of Bessemer, Michigan, passed away peacefully in her sleep on Saturday, Jan. 16, 2021, at a nursing home in Alexandria.

Dorothy was born on May 3, 1937, in Bessemer, daughter of the late Tynne and Reino Salonen. She graduated from A.D. Johnston High School in 1955. She proudly played the tuba in their band and participated with 4-H, before moving down to Chicago where she worked as a live-in nanny and then at Publishers Clearing House as a librarian clerk. Dorothy married Rudolph (Rudy) Pakonen in 1958.

Dorothy began raising her four children while living in Des Plaines, Illinois, before moving to Elyria, Ohio, and then Syosset, New York, and eventually Huntington Station, New York. She later resided in Virginia in Arlington, Alexandria and a nursing home in Williamsburg.

She was a master seamstress as a hobby and worked in New York, Virginia and Washington D.C. as an office assistant for life insurance and real estate companies, and the basketball office of Georgetown University during the John Thompson winning years. She also was the only female chauffeur driver for the Boston Coach corporate car service transporting several notable Washingtonians.

Dorothy was preceded in death by her parents, Tynne and Reino Salonen; by her two sisters, Hazel Rouker and Margret Johnson; and by her three brothers, John, Richard "Dick" and Arne. Further, she was proceeded in death by her ex-husband, Rudy Pakonen; and companions, Edward Leckerling of New York, and Marvin Tassava of Ironwood. Dorothy and Marvin helped portray Santa and Mrs. Claus for many years in Ironwood.

A memorial service will be held during a planned Salonen family reunion in 2022. Details will be made available in the Daily Globe of Ironwood at that time.

Any memorial contributions can be offered to Zion/Salem Evangelical Lutheran Church in Ironwood, Sharon Lutheran Church in Bessemer, and Little Finland in Hurley, Wisconsin, where the family has special ties and Dorothy was an officer in the organization.