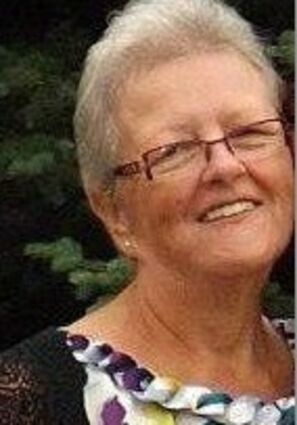 GREEN BAY, Wis. - Bonnie E. Westrich (nee Bowers), 72, retired, of Iron Mountain, Michigan, passed away after a silent but long battle with chronic kidney disease on Jan. 17, 2021, while in the care of St. Vincent Hospital in Green Bay.

She is predeceased by her mother, Helga A. Bowers; her father, Wallace C. Bowers; her sister, Helen Casanova; her brother, Gerald Nelson; and her very special friend of 23 years, Norman Stevens.

Bonnie was born in 1948 in Chicago, to the late Carl and Helga Bowers. Bonnie attended Hurley High School and married Billy Levit in Woodruff, in 1965. Bonnie attended college, earned a degree and worked for a time as a lab technician, and had many different careers in her life. She worked as a chef at Dairymen's Country Club, managed gas stations, owned a dairy farm and managed bars and restaurants. However, the job she loved the most was driving school bus when she lived in Rice Lake.

Bonnie's love and devotion to her family was clear when she beamed with pride at the achievements of her children and grandchildren, no matter how small. Bonnie was kind and generous, often sacrificing what little she had to the detriment of herself to help others. Bonnie had a smile that began in her eyes and lit up a room. As a result, she made friends everywhere she went and has maintained many of those friendships for decades. She was a wonderful cook and shared that talent with others both professionally and by opening her home to those who had no where else to go on holidays. There was always room for one more at Bonnie's table.

Bonnie had many talents and loved to garden. She was so proud of her flowers every season and loved to show them off in her gardens which she seemed to be capable of creating nearly any where she went. She taught her children how to ride horses, saddle their own horses and cultivated a life long love of riding in her children. Bonnie could sew, knit and crochet, and gifted her beautiful creations to many. There was not a challenge that she would not take on and her strength in the face of adversity was evident in her ability to persevere despite the many challenges she encountered in life.

Bonnie's faith in the Lord was strong and she was baptized and confirmed at Trinity Lutheran Church in Ironwood, Michigan. Bonnie re-affirmed her commitment to the Lord as an adult and left this world to be with her heavenly Father with her daughter, Tammy, holding her hand.