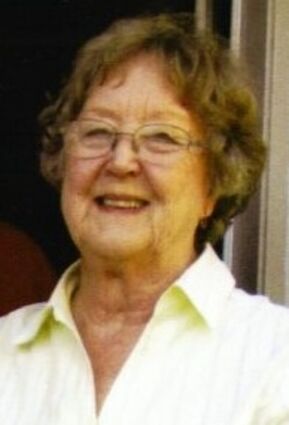 Leona was born on Nov. 29, 1937, in Trout Creek, daughter of the late William and Ina (Linna) Kananen. After graduating from Trout Creek High School in 1955, she moved to Green Bay, Wisconsin and worked as a long-distance telephone operator for Wisconsin Bell.

Leona was joined in marriage to Jon David DeVowe on June 6, 1959, and they were married for 61 years. During this time, she was employed in the office at the LaCroix Hospital in White Pine and later worked for the Intermediate School District in Bergland teaching sewing and knitting at the senior center.

Leona enjoyed spending time raising her family, camping, traveling, gardening, she was an excellent seamstress, and looked forward to the times spent with her grandchildren and great-grandchildren.

She was a member of the Bergland United Methodist Church, was a Sunday school teacher and served as the church's financial secretary for many years.

In addition to her parents, she was preceded in death by three sisters, Norma, Verna and Betty; and a brother, William.

A private family service will be held at the Bergland United Methodist Church, with the Rev. Ted Trudgeon officiating.

Interment will take place at the Agate Cemetery, in the spring.