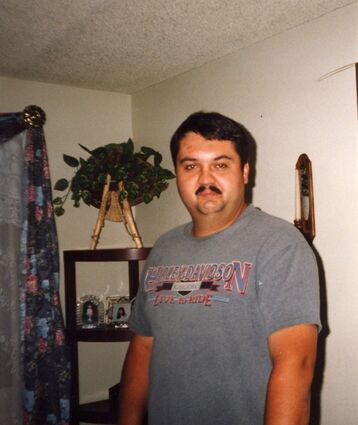 Jeffery was born in Oaklawn, Illinois, but spent his childhood growing up in Ironwood. Jeff graduated from Ironwood Catholic High School, then attended Gogebic Community College, and later entered the U.S. Army.

At the time of his death, he worked for the U.S. Army White Sands Missile Range Electronic Proving Ground as a program manager specialist. He was a former senior field engineer at BAE Systems Inc. He received many awards and accolades for his work.

Jeffery was a proud veteran, having served in the Army. He was a former commander of the VFW in Sierra Vista. He was also involved with the Wounded Warriors program, and the Army Bass Anglers and Army Buck Hunters which sponsored many programs that helped disabled veterans and children who lost a parent. At the time of his death, he was the ProStaff/Southwest Director of the Army Bass Anglers.

His passions were fishing and hunting. He loved spending time on his boat where he could relax and enjoy the outdoors. Also, he liked to watch the Green Bay Packers, his team.

He was preceded in death by his father, Lawrence Foley; his grandparents, Irv and Ruth Foley, and Marino and Marian Casari.

He is survived by his daughters, Karissa and Mary Foley of Arizona. Also surviving are his mother, Maryann; stepfather, Robert Consie; and brothers, James and Jason, all of Michigan; stepbrothers, Brent and Mike, of Minnesota, and Ryan, of North Carolina; his special friend, Shel; and his four-legged buddy, Chewy.

There will be a memorial service sometime in the spring for Jeff in Sierra Vista. He will be truly missed.