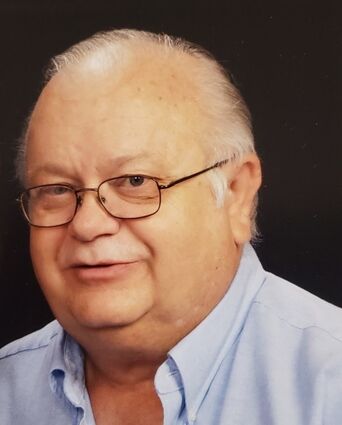 LeRoy was born in New Richmond, Wisconsin, to Lee and Irene Rogers on Feb. 24, 1949. His mother passed away when he was 14 years old, and he went to live with his sister and family, Loretta and Ted Ewing and their daughter, Peggy. His father passed away in his senior year. He graduated from Prescott (Wisconsin) High School in 1968 where he was on the football and wrestling teams. He went on to get a one-year certificate in carpentry at District 1 Technical College in Eau Claire, Wisconsin. He met his wife there and they married on Aug. 8, 1970, at St. Joseph's Catholic Church in Boyd, Wisconsin.

In December 1972, the couple and their daughter moved to Ontonagon. They purchased the Alexander house surrounded by the best neighbors. He went to work at the Ontonagon Area Schools, eventually becoming head custodian at the Elementary School. In 1994, his knees and failing kidneys forced him to retire. In January 1998, he received what the University of Wisconsion-Madison considered a twin kidney from his sister, Helen, who was 67 years old at the time. However, in 2008, that kidney began to fail. In April 2009, his wife gave him one - they often joked that it was the first time in their lives they ever considered themselves compatible.

His faith was important to him and he worked on prayer ministry at Redeemer Free Lutheran Church in Ontonagon. He enjoyed trips to Las Vegas to visit his oldest daughter, husband and grandchildren; and trips to the Green Bay area to visit his son and other two daughters and families there. He grew up playing poker games with his family. His teacher in his early grades commented on LeRoy's ability to make change, and his mother wisely did not disclose how he learned that skill. He enjoyed playing various poker games with children and marathon Sorry games.

A service will be planned in the spring or summer of 2021 at Redeemer Free Lutheran Church. In lieu of flowers, please remember the Ontonagon Hospital Foundation, OCAP or a charity of your choice.

The family wishes to extend their deepest gratitude to Sonco Ambulance crews, Ontonagon Emergency Room and U.P. Health Hospital staff, and to the many kind people who prayed for LeRoy.