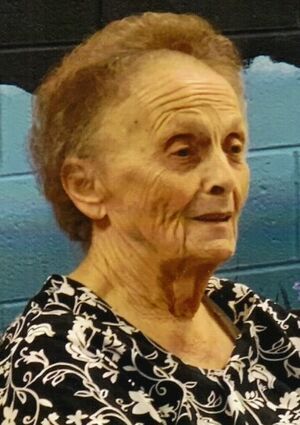 She attended Wakefield High School and graduated with the class of 1946.

In addition to running her household, Eunice helped with the Backlund Construction family business as well as area ski resorts and restaurants. In 1969, Eunice and Al purchased the Turtle Lodge Resort in Winchester and enjoyed many years in the supper club business. She concluded her working career as a certified nursing assistant at the Gogebic Medical Care Facility in Wakefield. Eunice and Al enjoyed their retirement years at their Pardee Lake home in Winchester.

Eunice was a lifelong member of All Saints Lutheran Church in Wakefield. The Rev. S.V. Autere was her confirmation leader as well as wedding officiant. She actively participated in the church Women's Circle and led the youth Luther League.

Besides her career, she kept an orderly household and taught her children to attend church, to be organized, respect their elders, share in household duties and write thank you notes. It took a team effort to quickly tuck items under the couch, 'stir up a cake' and get the coffee pot going when we saw company drive in the driveway for a visit! Eunice had a talent for making incredible homemade cinnamon rolls, and an unending hobby of knitting, especially making afghans for every relative or friend as a housewarming, newborn, wedding or get well gift.

She was preceded in death by her parents; her husband, Albin, in 2005; a brother, Lloyd, in 2020; two sons-in-law, Kenneth Libertoski and Darwin Gasch; a grandson, Tommy Libertoski; a great-grandson, Ryan Pockat; and her brother-in-law, Gerald Laine.

A private family service will be held at All Saints Lutheran Church, with the Rev. Sue Johnson officiating.

The family would like to express their gratitude to the caring staff at the Gogebic Medical Care Facility for their compassionate, professional care given to Eunice, and many kindnesses extended to the family.