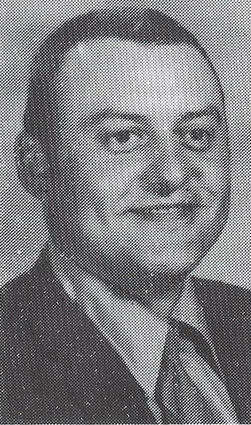 WAUSAU, Wis. - Gerald "Jerry" Hornick, 79, Wausau, passed away Friday, Feb. 5, 2021, while under the care of Aspirus Comfort Care and Hospice Services at Hospice House in Wausau.

Jerry graduated from Superior State College with a master's degree in teaching. While he was in college he excelled in baseball, especially pitching, and was invited to Slugger Camp for the Milwaukee Braves. Following college, Jerry took his first teaching job in Racine and later moved to Wausau where he worked in the Wausau School Systems until his retirement.

Jerry grew up in Gile, and the Gile Flowage was an asset for him, being an avid musky fisherman, and even landing a 48-inch musky from the waters, and many more. Jerry was an avid bowler with two 300 games and a regular parish member at St. Michael Catholic Church, Wausau. Jerry and Sandy enjoyed spending time at their summer home in the Lake Tomahawk area.

Jerry will be fondly remembered in his younger years as an outgoing man and a fun-loving guy. He held a special place in heart to care for his son, Shawn, all his life.

A private family funeral Mass will be held at a later date. Memorials may be directed to Peterson-Kraemer Funeral Home, c/o Shawn Hornick, 1302 Sixth St., Wausau, WI 54403. Online condolences may be expressed at petersonkraemer.com.

The family would like to thank Dr. Smith, the palliative care nurses for handling the "Rodeo," as well as the Hospice House care team who took special care of Jerry. Also, a special thank you goes out to the staff at Fulton Street Home for the unconditional care of Shawn during this difficult time for him. Lastly, a special thank you to Bill and Pam Friedlei, for their lifelong friendship to Jerry. God bless you all.