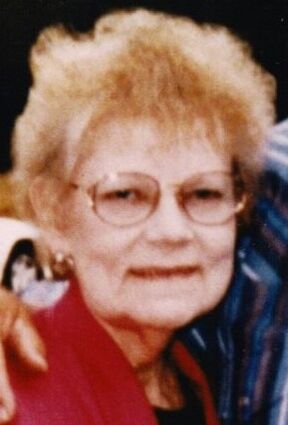 She was born Jan. 1, 1936, in Mellen, daughter of the late Victor and Hilda (Martilla) Warren.

While she was a homemaker for most of her life, Shirlee did work in the laundry department of a hospital in Neenah, and then was employed by Hanson Glove Factory in Ironwood, Michigan, and Netz Glove Factory in Pence.

She, along with her sister, Barbara, nephew, Jeff, and his wife, Tammy, made a trip to Finland to visit relatives there. They also visited Germany and Austria, which was a dream come true for her. Shirlee loved her son-in-law, Pat, who was truly more like a son to her.

She was an avid reader, wrote poetry and enjoyed gardening. Shirlee loved animals, especially her grand-dog, Shadow, who was happy to provide her with much entertainment. She enjoyed being a member of a birthday club and getting together with friends on each one's birthday.

She was a member of Trinity Lutheran Church in Ironwood.

Spring burial will take place at the Hillside Cemetery in Iron Belt.

Funeral arrangements have been entrusted to Jerald Rocco, owner and manager of Lakeside Memorial Chapel Inc., Wakefield, Michigan. Condolences may be expressed online at lakesidememorialchapel.com.