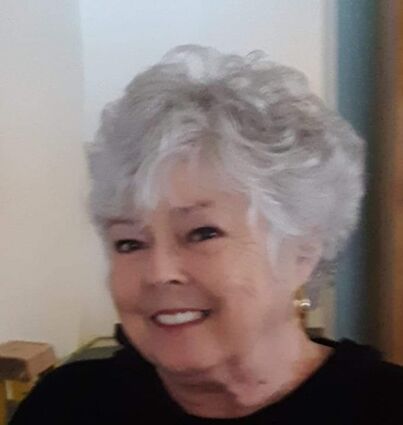 MARQUETTE, Mich. - The former "First Lady" of Rockland, Linda Bussiere, 73, passed away on Feb. 13, 2021, peacefully in the arms of her husband, and daughter by her side at U.P. Health Systems Hospital in Marquette.

Linda Marlene (Lundberg) Bussiere was born in Manistique, to George and Betty Lundberg in October 1947. Linda graduated from Ontonagon High School, "home of the Polar Bears," in 1965. On Feb. 14, 1970, she accepted the marriage proposal from Douglas (Howard) Bussiere, and they were married on June 20, 1970. They settled and made their home in Rockland.

She worked as a bookkeeper for Norman Pestka Construction, and retired after 30-plus years. Linda was a devoted member and treasurer-bookkeeper of the St. Paul's United Methodist Church and member of the American Legion Axillary Post 92, in Rockland. She was also a proud member of Henry's Inn "Margaritas with my Senoritas."

Linda "Hun" and Howie recently celebrated 50 years of marriage: The epitome of love - Partners on the dance floor and in life!

Linda loved spending time with her one-and-only daughter Casey. They were not only mother-daughter, but best friends.

Grandma "Hun" (Linda) loved spending as much time with her grandchildren and great-grandchildren as possible; she was so proud - loved them so.

Linda was the matriarch of her family and felt she was so blessed to have the family and friends she loved and enjoyed so much.

As to her family and friends, they will remember her as a beautiful person with a radiating-infectious smile; so kind, thoughtful and fun. She will be greatly missed. Linda's faith was very important to her - Jesus is her Savior. As she said in her own words:

I have had a wonderful life with the greatest man in the world.

See you on the other side - A new journey. Love you all."

Funeral and burial services will be held tentatively on June 19, 2021. Arrangements to be made by Cane Funeral Home of Ontonagon.