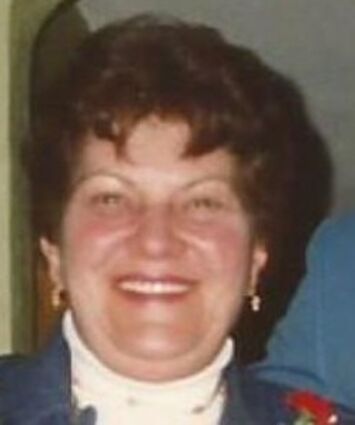 GRAFTON, Wis. - Genevieve "Gen" Olson, 90, from Pence, passed away peacefully at the Aurora Grafton Medical Center on Feb. 13, 2021, surrounded by her children.

Gen graduated eighth grade from St. Mary's Catholic School in 1944, and from Lincoln High School in Hurley in 1948.

On June 20, 1959, Gen and Bob were united in marriage at St. Mary's Catholic Church in Hurley. They lived in both Ironwood and Hurley, before finally settling in Pence in 1964 where they resided for the rest of their lives.

Gen enjoyed many pastimes; her favorite being cooking for her family. She especially enjoyed making her famous Italian dishes and award-winning pasties. She even won the Ironwood Chamber of Commerce pasty bake-off at the Jack Frost Festival in Ironwood one year, taking first place out of 16 entries.

In her younger years, besides raising her children she enjoyed gardening, canning, camping, snowmobiling, and was an accomplished pianist. Gen could be found many nights at the piano surrounded by her girls singing songs and dancing to the "Boogie Woogie." She was quite proud that all of her children obtained some of her musical ability by either playing piano, playing musical instruments, and singing.

Gen also enjoyed doing crossword puzzles, was an avid reader, an excellent artist who wrote poetry, and loved playing cards and board games with her family. She continued to enjoy "family game night" until shortly before she passed away. Gen particularly enjoyed receiving Christmas cards every year from her extended family friends, Joe Springhetti, Audrey Cronkright and Ken Nicholls. For 20 years, Gen could be found every week and many weekends throughout the summer watching and "taking the book" for "the Binz Bros." women's softball team, for whom Bob coached and two of her daughters played.

Gen loved animals. She enjoyed watching "her birds" in the backyard. She also cared for and took in many hurt or stray animals such as birds, dogs and cats over the years. Once her own dogs were gone, she would look forward to visits from her "grand dogs," Lilly and Milo.

Gen's entire life revolved around her children, and then grandchildren and great-grandchildren. At any given time, you could find at least one or more of her grandchildren staying at "Grandma's house." Her oldest two grandchildren would come up from Illinois for a month or two in the summer when they were little to stay with Grandma and Grandpa. Their fondest memory was of Grandma and Grandpa taking them every night to the Hurley Dairy Queen and then to either the park or the information center in Ironwood to play hide-and-seek with them. Gen and Bob both were able to remain in their home up until their passing due to the help of their devoted children who took care of all their needs.

Gen is survived by her six children, her grandchildren, and great-grandchildren; her dear family friend, Elaine Skoviera who Gen always thought of as a fourth daughter; her sisters-in-law, Karen (Steve) Thomas and Marguarite Brack; and numerous cousins, nieces, and nephews.

Gen was a very kind, caring, and selfless person with a generous heart and soul. She will be greatly missed by all who loved her.

A private Mass of Christian Burial will be celebrated on Friday, Feb. 26, at 11 a.m. at St. Mary's Catholic Church in Hurley with Father Frank Kordek OFM as celebrant. Spring inurnment will take place.

The family has chosen Ketola-Burla Funeral Home of Ironwood to honor Gen's legacy of life. You can leave a condolence or a tribute at rangefuneralservices.com.