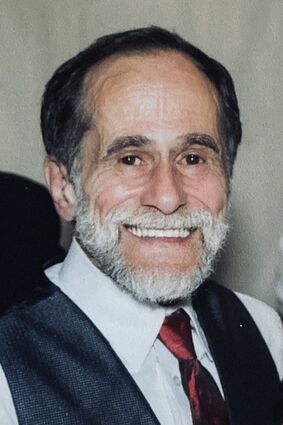 Born on March 30, 1948, to Fred and Arline (Testa) in Buffalo, New York, Rick lived in various cities throughout his life including Virginia Beach, Virginia, Dallas, Janesville, Wisconsin, Blaine, Minnesota, and most recently, residing with his forever love, Margy, in Hurley, Wisconsin. While living in Janesville, Rick was a long-time employee of Samuel's Recycling Co., until he retired in 2016.

Son, brother, uncle, dad, papa and friend; Rick was all of these and took each of his roles in life with great responsibility, dedicating his time to those close to him. Rick was devoted to his family, having been a loving and supportive father, and an even more doting grandfather, a kindred spirit to each. He cherished the time spent and the memories made with all of his children and grandchildren, a family he was greatly proud of.

Rick's life may not have been extravagant, but his personality certainly was; with his stories, his quick wit, his laugh, and his vivacious demeanor, his optimism undoubtedly affected anyone who was lucky enough to meet him. Whether Rick was amusing a customer at work, distracting others from working, entertaining a grandchild, or charming a complete stranger, he was a storyteller at heart and loved to share pieces of his life with others. In those moments, Rick had a way of making you feel like the most important person in the world.

Rick was preceded in death by his parents; his brother-in-law, Angelo Tabone; and his nephew, Chuckie Sturniolo.

A funeral service will be held at 3 p.m. on Saturday, March 6, at Schneider Funeral Home in Janesville, with a visitation being held at 2 p.m. until the time of service. A celebration of life will take place directly following the service at The Italian House in Janesville.

Schneider Funeral Home and Crematory is assisting the family. For online condolences and guestbook, visit: schneiderfuneraldirectors.com.