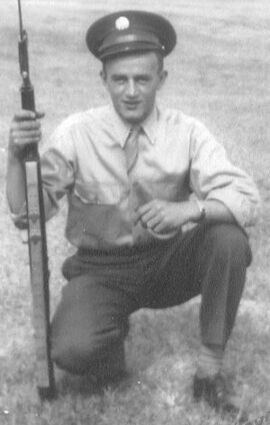 MERCER, Wis. - On Sunday, March 14, 2021, we lost Emil Lacek: our Dad, husband, grandpa, uncle, and a friend to many. Emil, who was 97 years old, died peacefully at his home on Grand Portage Lake in Mercer, exactly where he wanted to spend his last moments. He was in his favorite chair, holding the hands of his wife, Jackie, and his son, Mark.

What a life he had! One with a hard work ethic, a lot of fun, love, happiness, and an extreme amount of fishing. The walleyes on the Flambeau Flowage are all breathing a sigh of relief now as this fisherman was a big threat, and he loved his time on the water. With a pole in one hand and an occasional beer in the other, he motored about, always the guide, with a constant smile and, by August, had a dark tan that would have made George Hamilton jealous.

He married the love of his life, Jacqueline Marie Alvey, on Oct. 8, 1955. When he wasn't calling her Miss America, he labeled her his "bundle of charm" and never missed an opportunity to kiss her goodnight. Together, they went on to have four children starting with Mark in 1956, Mary Ann in 1958, Kevin in 1959, and Karen in 1961. They built their home on Grand Portage Lake in 1960 and have lived there ever since.

Mark, who lives in Minneapolis, married Susan Szelicki of Milwaukee and has three daughters, Faith in Heaven, Emmy, a sophomore at Boulder, Colorado, and Ally who graduates high school this spring. Mary Ann married her Mercer High School sweetheart, Jim Colasacco in 1981; and they live in Omaha, Nebraska, and have two children, Jason and his girlfriend, Amanda, in Washington, DC and Erin, married to Mickey Nelson, who resides in Minneapolis. Kevin married his local grocer and accountant, Nancee Jensen, in River Falls; and they have two children, Miles who resides between Minneapolis and River Falls, and Griffin who resides in Chicago with his girlfriend, Hannah. Karen married her college boyfriend, Tim Groves, from Hudson, Wisconsin; and they now reside in Colorado Springs. Karen and Tim have three children, Trevor and his wife, Amanda live in Erie, Colorado, Kendra lives in Colorado Springs, as does Hunter, their third born.

Dad loved us and our significant others and especially his grandkids like no other. He showed this love by always, always, always smiling when they were around, planting a new tree to celebrate each birth, sending a dollar for every "A" on their report cards, teaching them to fish and hunt, and regularly finding ways to let them know they mattered and he loved them.

Dad was the kind of guy who seemingly had no enemies but rather was welcomed by everyone. When he was around, everything was better because he was always positive, smiling, nice to everyone, and had a big heart, helping anyone he could. He was an amazing all-around Mr. Fix-it; and whether it was woodworking, machining, or car and outboard mechanics, he could always fix or MacGyver just about anything. His artistic talents were sometimes suspect when he would paint our college beater cars with any paint he found in his garage - often multiple colors. He created the kind of car you only wanted to drive at night - a dark night. And he loved to save up beer money by giving Mark and Kevin haircuts with his trusty $9.99 do-it-yourself barber kit. They always cried (Mom did too) when he told them it was haircut time, and they reluctantly headed to the basement for that month's new hairstyle. A fashion maven he was not. As long as it fit, it was good enough; and if it had a few stains on it, he thought that just added character. We would bring boyfriends and girlfriends home from college, and he would call them by the name of the last one we had brought home. We don't know if that was planned, but it kept us single for a long time. Thanks, Dad!

Yep, truly one of a kind, Emil had life figured out. At 62, he formally retired and, with the exception of a few side jobs utilizing his mechanical skills, he was enjoying life. He spent his time making tables, chairs, and picture frames for all of us and fixing anything we broke. And he was always available for a fishing trip to Mexico or a pheasant hunt in the Dakotas. He taught us all to love the outdoors and Mother Nature. Happy, grateful, sincere, and loyal - that was our Pop. 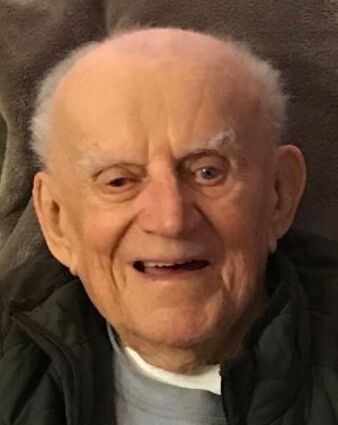 Dad, we will miss you more than you will ever know but will always remember that you made our lives better in so many ways. We love you, Dad - all of us: your wife, Jackie; your kids, Mark, Mary Ann, Kevin, Karen; your sons- and daughters-in-law; and all of your grandkids. We were lucky to have you by our side. We know you are now teaching God how to properly catch walleyes and are reunited with your parents, brothers and friends. Someday we will be with you, too. Keep a few seats around the campfire and a couple of fillets for us. We miss you already.

The family is planning a celebration of life gathering in Mercer for Saturday, June 12, with details to follow. Memorials for Emil can be directed to Faith's Lodge (the non-profit founded in memory of his granddaughter Faith) at 505 U.S. 169 N., Suite 245, Plymouth, MN 55441 or to the charity of your choice.

The family has chosen McKevitt-Patrick Funeral Home of Ironwood to honor Emil's legacy of life. You can leave a condolence or a tribute at mckevittpatrickfuneralhome.com.