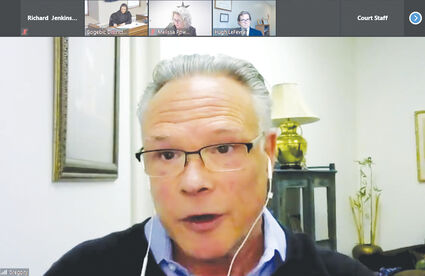 BESSEMER - The former director of the Ironwood Public Safety Department will have to pay a fine and complete community service after being sentenced by videoconference in Gogebic County District Court Wednesday on a misdemeanor eavesdropping charge.

Gregory Dean Klecker, 61, was ordered to pay a $600 fine and complete seven days of community service for attempted eavesdropping in relation to his use of a recorder to document a conversation between two other people in the public safety building in early April of 2018.

"Recording employees in the...