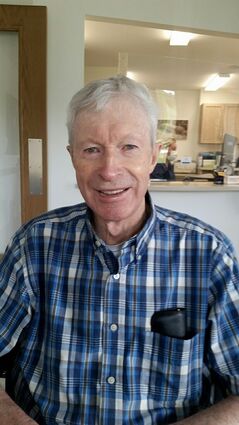 Earl was born Oct. 15, 1934, in Topaz, to William and Adela (Grapentine) Applekamp. He graduated in 1952 from Bergland High School, and on June 18, 1955, he married Mary Elizabeth (Dembroski) Swanson at Maple Grove Hall in Paulding.

He worked in the engineering group at the White Pine Copper Mine for 50-plus years. After that, he started his own business as a Michigan land surveyor for many years. He earned the lifetime status of the Michigan Society of Professional Surveyors. He was an active member of Trinity Lutheran Church, Bergland Volunteer Fire Department and Bergland School Board.

Earl enjoyed the outdoors, fishing, hunting and gardening. He enjoyed his work life so much that he always felt he never worked a day in his life. He was a man with great integrity and had great pride in his family. He will be missed by many.

Earl was preceded in death by his wife, Mary (2015), infant daughter, Michelle; and sister, Irene Frisk; and brothers, Eddie, Bill and Fritz Applekamp.

Visitation will be held Friday, April 16, at 10 a.m. EDT and services at 11 a.m., at Trinity Lutheran Church in Bergland, officiated by Pastor Timothy Steckling. (No limit on the number of people. Masks at your own discretion). Burial will follow at Lakeview Cemetery in Bergland.

The family of Earl wishes to extend our sincere thanks to the devoted staff at Victorian Pines Estate, where Earl resided since the summer of 2019.