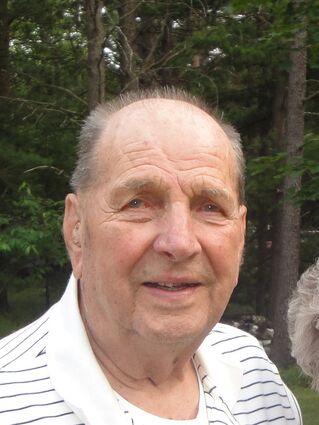 After graduation he was employed at Beckers' trailer factory and later worked for the City of Ironwood Public Safety Department as a police officer, detective, and eventually as assistant police chief. He always remembered the children he helped across the street at the school crossings, and many of them still remember him. He retired from the police force after twenty-six years of dedicated service.

Weeps, as everyone knew him, loved sports. He played baseball and slow pitch softball for many years, participated in two different bowling leagues and coached Little League baseball. Many summers were spent camping and swimming at Crystal Lake Campground.

Weeps is survived by his wife of seventy-one years, Jean; and children, Brian (Diana) Maki of Minocqua, Sandy (Gary) Bilenky of Marquette, Gary Maki of Minocqua, and Kathy (Dale) Vande Walle of De Pere. He is also survived by his brother, Eino (Jeanne) Maki; and brother-in-law, Jack (AnnaMae) Anderson. Weeps loved visiting and being with his seven grandchildren and seven great-grandchildren. They will all deeply miss his great sense of humor and his many stories of days gone by.

He was preceded in death by his parents; and brothers, Arvo, Toivo, Eugene, and Lauri.

Weeps will be laid to rest with a small private ceremony at Riverside Cemetery in Ironwood. Any memorial gifts should be given to St. Paul Lutheran Church, Ironwood, of which he was a lifelong member.