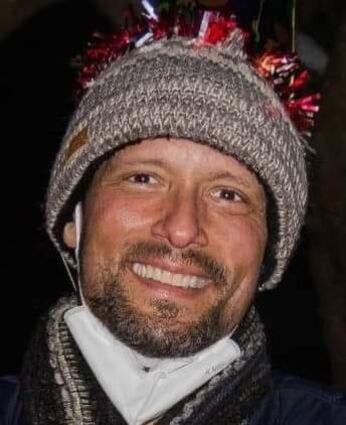 On Wednesday, April 14, 2021, Ryan Steven Conhartoski was called home at the age of 43 surrounded by family, friends and Ryan's angels in this life and beyond. Ryan was an incredibly brave warrior who fought a long and tenacious battle with a rare aggressive form of leukemia. The world has lost an extraordinary son, brother, uncle and friend. Those who knew Ryan, even for a short time, lost a bright light in their lives.

Ryan was born the son of Roman and Marci (Uremovich) Conhartoski on Dec. 14, 1977, in Ashland, Wisconsin. He was a 1996 graduate of Hurley High School. Ryan frequently expressed deep gratitude to have experienced the unique opportunity of being a shining member of Silver Express. This enabled him to share his exceptional talent of singing and performing alongside his beloved friends and classmates. His angelic voice belting out famous songs was always absolutely stunning to hear. Ryan's dedication and love for music accompanied him throughout his life.

Ryan moved to Minnesota pursuing his interest in banking and later as a retail manager in Wisconsin Dells. Ryan was a very hard worker and extremely dedicated to his employers. Always seeking adventure and new opportunities, Ryan had a fascination in computer technology and moved back to the area to attend college for an IT degree. Ryan excelled his first semester in college and discovered his passion for continuing education.

Ryan continued to experience gratification and fulfillment in music, body building, running and was an avid hiker. Ryan cherished and appreciated being in nature and around water, accomplishing personal serenity whenever outdoors.

No matter how busy, Ryan continued to show his friends and family how important they were to him. Ryan's greatest accomplishment was how he made another individual feel whenever around him. Ryan always exhibited an uncanny way to increase another person's self-esteem and acceptance, recognizing a distinctive attribute no matter how small. Ryan's attention to detail was at times baffling, yet contagious. Curious about basically everything, willing to go to great lengths to help others; Ryan displayed such a deep compassion that at times Ryan had difficulty distinguishing another's personal pain from his own.

Ryan's smile was beautiful, sincere and alluring, lighting up any receiver's heart. Ryan's natural ability to create humor influenced those around to surrender. Unbelievable humor - at times shocking - generated deep felt belly laughter despite any personal emotion felt before Ryan entered the room.

Ryan was preceded in death by his grandparents, Roman and Theresa Conhartoski, and Joseph and Margaret Uremovich; Uncle Tom Zwetow and Aunt Mary Ann Rye.

We would like to offer our sincere thank you to all the amazing health care professionals who provided compassionate, kindhearted care for Ryan. You all made such a difference making difficult times a little more bearable.

The family is celebrating Ryan's life at Saint Mary's Catholic Church in Hurley, Wisconsin, on May 14, at 11 a.m. Please note due to COVID-19 restrictions we are limited to immediate family and close friends in attendance.

The family has chosen Frick-Zielinski Funeral Home of Bessemer to honor Ryan's legacy of life. You can leave a condolence or a tribute at rangefuneralserivces.com.