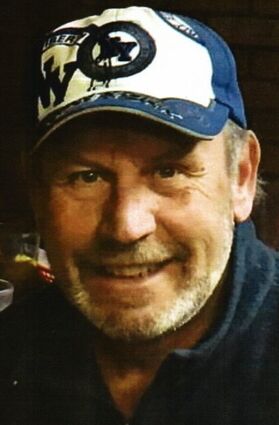 Terry was born on March 13, 1959, in Waupaca, Wisconsin, the son of Robert E. and Goldie Lou (Georgeson) Decker. He graduated from Waupaca High School.

Terry proudly served his country in the U.S. Army for two years at Fort Knox, Kentucky.

Terry loved playing pool and played for Monday night Northland and Thursday night Iron County pool leagues. He enjoyed cooking and made a mean brisket, fishing on beautiful Lake Gogebic, boating, camping and traveling to Texas to see his family. His favorite holiday was the Fourth of July, and he was known for buying the biggest and loudest fireworks.

Terry was a very hard worker, and was self-employed most of the time. He was an entrepreneur, doing a lot of different jobs, including car and insurance sales, truck driver in North Dakota, satellite installer and lottery technician contractor and boss.

His latest adventure was growing hemp (CBD) which he started this past summer.

Terry always had a smile on his face and would help anyone at anytime. He was a good-hearted guy. Everyone who knew him has their own special memories. He will be missed dearly by all of us.

A family gathering was held at the Munch, and a celebration of his life will take place in Texas.

"Those We Love Don't Go Away, They Walk Beside Us Every Day. Unseen, Unheard But Always Near!"