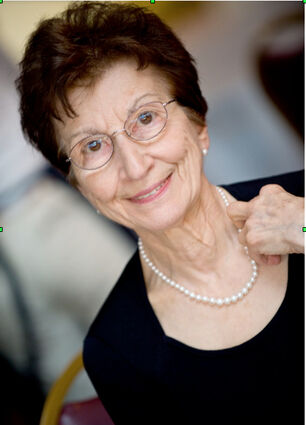 Loretta was born in Wakefield, Michigan, on July 25, 1927, to Anton and Emilia (Capra) Cassietto. She was a lifelong resident of Wakefield until moving to Marquette, Michigan, in 2016 and a year later to La Crosse, where she resided at Eagle Crest South assisted living facility until the time of her death.

Loretta was married to Edward Radowski on June 26, 1954, at Immaculate Conception Catholic Church in Wakefield. She was preceded in death by Edward in 1974, her parents; and her sister, Catherine Lehotsky.

After graduating from Wakefield High School in 1945, Loretta was employed by Kimberly Clark in Marenisco, Michigan, for 11 years. She returned to the workforce later in life and was the legal secretary to the prosecuting attorney at the Gogebic County courthouse for 17 years, retiring in 1992. She enjoyed her job at the courthouse and loved sharing stories of her time there.

Loretta will forever be remembered as a loving and caring person. Taking care of her family was always her main priority and she kept us all well fed with her exceptional cooking and baking skills. She will also be remembered for her beautiful singing voice, especially when she sang in harmony with her sisters. Loretta will be sadly missed by all who had the privilege of knowing her.

We are very thankful to the staff at Eagle Crest South for the excellent and compassionate care provided to Loretta during her time there.

A funeral mass will be held at such time as deemed safe per COVID-19 restrictions.

Memorials can be sent to the Wakefield Public Library at 401 Hancock St., Wakefield, MI 49968.