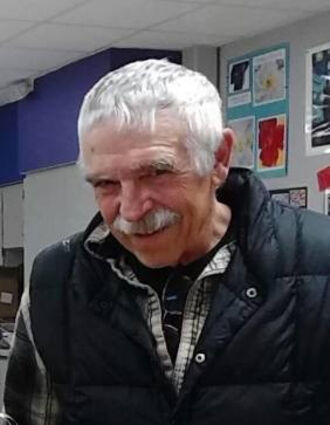 WHITE PINE, Mich. - Michael Henry "Haywire" Razmus was reunited with the love of his life, Bonnie, on April 27, 2021, after a brief illness.

He was born on Sept. 16, 1951, at Ontonagon Memorial Hospital to Leo and Marjorie (Gagnon) Razmus and spent his early years in Rockland. The family moved to White Pine in 1966 where he lived the rest of his life. Haywire was the youngest of five, having three sisters and a brother.

He graduated from White Pine High School June 4, 1970, and continued working in the family business the White Pine Inn and later the Konteka restaurant, bar and bowling alley from 1971-1997, where to his mother, he was known as her "comfort pill." He and his family and staff created an environment at the restaurant that conveyed to every customer that they were not there to serve you, they were there to take care of you. Haywire's home was the Konteka and his children's playground. Haywire was never afraid of a hard days work and understood the value of a job done to perfection in a timely manner. He managed the bowling alley, (it's estimated that he walked 8,500,000 feet while maintaining the bowling allies) did some bar tending and took on any maintenance job required. Finish up, clean up and put away the tools! He moved on to become an electrician through apprenticeship, and later worked at SubTerra until retirement.

Haywire and Bonnie were united in marriage on Nov. 30, 1974, with his children Amber, Lexie and Michael resulting from this union. From many days spent at their DNR Camp (which he owned with his lifelong friend Ron), endless card games, sitting at the fire pit, to gardening, Haywire found extreme enjoyment in his children and grandchildren's company, and the feelings were reciprocated. He was completely dedicated to his family and poured love over them like only he could.

Haywire was a true outdoorsmen. He loved hunting and fishing and became quite accomplished at both. He anxiously anticipated the yearly canoe trip down the Presque Isle for the fishing, brotherly camaraderie and "fine dining" prepared at the campfire. The hanging grill he built continues to go down the river every year, spanning some 50 years. He fished Lake Superior, Lake Gogebic and the Ontonagon River quite extensively. When challenged to a competition on catching walleye on the Ontonagon River, he and Willy often bested Marko and Bruce. He enjoyed chasing the white tailed deer and ruffed grouse in the fall with effort equal to his fishing exploits.

He was preceded in death by his parents, Marjorie (Gagnon) and Leo Razmus; his sister, Maryam Derke; and the love of his life, Bonnie Jean (Bleile) Razmus.

It is now the end of an era in the Western U.P. with Haywire gone. His shining smile conveyed an unconditional love such that all who knew him understood they were blessed because he made his friends feel like family. His quick wit and roaring laughter was uplifting to all. Haywire was a complex man that chose a simple life and he knew that service to others rendered it's own reward. He will be sorely missed by his family and friends, and his furry companion, Niko.

A celebration of life will be held on June 26, from noon to 4 p.m. at the Konteka in White Pine.