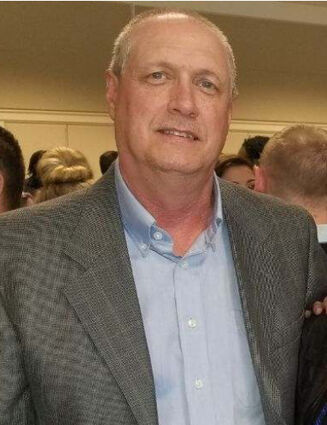 He was born on Sept. 12, 1957, to William Walter Meyer and Joan Lee Meyer (Jensen) in LaCrosse. Bill grew up in Milwaukee and New Berlin. Bill was a proud member of his high school basketball team. He was also a student at University of Minnesota.

Bill had a passion for construction, home improvement, and he loved working with his hands. He spent his career in home center management and the remodeling industry.

Bill was an avid hunter and fisherman with a strong belief in conservation. He had a love for Wisconsin sports, particularly the Badgers, Packers, Bucks and Brewers. He was also a fan of Indy and NASCAR racing. Bill was an animal advocate and rescued many beloved pets over the years. He leaves behind fur babies Maggie, Cossette, Marabel, What..., and Hazel. Bill discovered the hobby of wine making and often included locally, self-foraged ingredients.

He married Susanne Zimmerman of Loves Park, Illinois, on Sept. 28, 2001, at the Gile Waterfall on the Montreal River dressed in camouflage. Special guest was a Montreal River otter who showed up when champagne was served. He and Susanne settled in Montreal, where they enjoyed building strong friendships with their neighbors and community. They particularly enjoyed building their life together in the northwoods of Wisconsin.

Bill is survived by his wife, Susanne; his mother, Joan Schultz of Hartford; his sister, Maureen Meyer of Montreal; and his brother, Kyle Meyer (Wendy) of Hazelhurst. Bill is also survived by his children, Rebecca, Brian and Heidi; grandchildren, Erica, Abbey, Nicholas, Adrianna, Joshua, Wyatt and Jillian; and great-grandchildren. He will be especially missed by his niece, Bailey. Bill is also survived by aunts, Shirley and Charlotte. Bill leaves behind several beloved cousins and special friends, Eric, Ed and Joanne, and Al and Mary.

He was preceded in death by his father, William; sister, Kimberly, and uncle, Jack.

No public services will be held at this time.