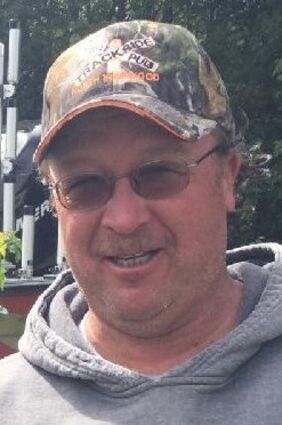 IRONWOOD, Mich. - Dave R. Usitalo, 64, of Ironwood, died suddenly of a massive heart attack while fishing on Lake Gogebic on Sunday, May 16, 2021.

Dave was born Jan. 12, 1957, in Ironwood, son of the late Robert and MaryEllen (Jelich) Usitalo. Dave graduated in 1975 from Luther L. Wright High School and then continued his schooling at Gogebic Community College where he received his associate degree in computer science.

Dave was a truck driver, most recently driving a logging truck for Corullo Forest Products of Bessemer. He previously drove for Niemi Trucking, Reinhart Foodservice, Food Service of America, and Cohodas Paoli of Ironwood.

Dave had a passion for the outdoors; and he enjoyed staying at his trailer and fishing on Lake Gogebic, deer hunting, spending time at the camp and snowmobiling. He also enjoyed bowling and playing softball in local leagues. He would always debate with anyone that was up for it, especially when it came to his beloved Detroit Lions. He will be greatly missed by all who knew him.

Surviving are his two brothers, Bob (Karen) of Kingsford, and Jim (Joan) of Ironwood; his sister, Jann of Ironwood; four nieces who adored him, Kelly and Kim of Minneapolis, Ashley (Tony) Stella of Iron Belt, Wisconsin, and Sarah (Kyle) Smith of Hudson, Wisconsin; four great-nephews and a great-niece, Arlo and Arik Stella and Liam, Emmie and Declan Smith; an uncle, Joseph Kafczynski of Ironwood; an aunt, Mayme Usitalo of Chelsea, Michigan; and many cousins.

Besides his parents, Dave was preceded in death by his aunts, Betty (Jelich) Dragoo, and Kathleen (Jelich) Kafczynski; and uncles, Earl Dragoo and Raymond Usitalo.

A celebration of life will take place at the Hoop n' Holler at Lake Gogebic on a date in September, to be determined.

The family wants to send a special thank you to Bruce Sanger for his loyal friendship and quick response in Dave's final moments. It is never easy losing a family member or friend but knowing that Dave passed while he was doing what he enjoyed brings some peace to losing him so young.

The family has chosen McKevitt-Patrick Funeral Home of Ironwood to honor Dave's legacy of life. In lieu of flowers or monetary gifts, you can leave a condolence or a tribute at mckevittpatrickfuneralhome.com.