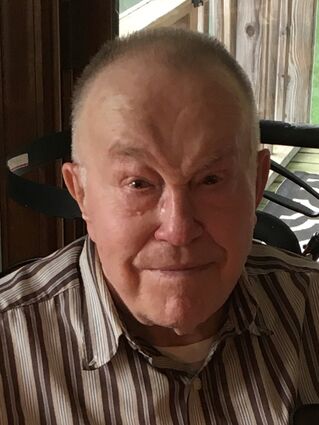 WEST GROVE, Pa. – Leslie Edwin "Les" Price, 92, went to be with the Lord on Wednesday, Dec. 30, 2020, in Jennersville Hospital due to complications from COVID-19 pneumonia.

Born in Eagle River, Wisconsin, on May 25, 1928, he was the youngest child of Henry William Price and Elizabeth (Williams) Price. His parents ran a tourist camp on the Wisconsin River and Les gained his lifelong love of fishing, hunting and the outdoors from growing up there.

He graduated from Eagle River High School, then enlisted in the U.S. Army in 1946-1948, serving in the 88th Infantry Division, the "Blue Devils," 350th Infantry Regiment, F Company, and participating in the Italian Occupation. He used the GI bill to attend Michigan Technological University, graduating in 1952 with dual degrees in mining engineering and geological engineering, the first in his family to graduate from college. He accepted a position with the Pickands Mather Company as a mining engineer and worked for them until his retirement in 1993. He served in various engineering and management capacities at numerous iron mining locations, including Ironwood, Michigan; Ely, Minnesota; Shawville, Quebec; Red Lake, Ontario; and Hibbing, Minnesota, where he retired. He always carried his deep interest in geology and the mining industry with him and enjoyed "geologizing" anywhere he went.

At his Ironwood posting, he met the love of his life, the former Joyce Arlene Maki. They married in Ironwood on Aug. 26, 1956, and were married for 57 years. They had four boys; Dwight Leslie, Nathaniel Bruce, Arthur Paul and Craig Allen. Dad shared his passion for the outdoors with his family, and family activities revolved around boating, canoeing, camping, fishing and hunting. Les and Joyce were strong Christians and were always very involved in every congregation they belonged to, mostly in the Lutheran Church-Missouri Synod. They were also enthusiastic golfers in retirement.

After living in Hibbing for 33 years, Joyce passed away from cancer in 2013. Dad relocated to the Jenner's Pond retirement community in West Grove in 2016 to be closer to family.

He was a member of the Tau Beta Pi engineering honor society, the Lutheran Layman's League, and the Sons of the American Revolution.

A memorial service will be held at Grace Lutheran Church, Chisholm, Minnesota, at 2 p.m., Saturday, June 5. Please join the family after the service to celebrate Dad's life and legacy at a luncheon at Valentini's in Chisholm.

Please join the family as Dad is laid to rest next to his beloved Joycie during a graveside service at Sunset Acres Cemetery, Ironwood Township, Michigan, at 11 a.m., Monday, June 7. The family invites you to join them afterward at a luncheon at the Elk and Hound Restaurant in Ironwood.