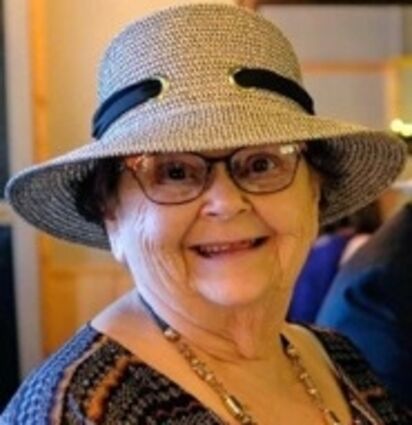 ASHLAND, Wis. - Patricia Chase wore many hats. She was a beloved mother, sister, daughter, sister-in-law, aunt, cousin, friend and social worker. She died on May 30, 2021, at the age of 87. She may have been 87, but she had friends of all ages. She was born to Charles and Kathleen "Kit" Langsford on April 19, 1934, in her aunt's house in Carey location.

Pat always had a dream of becoming a missionary, but after graduating from Lincoln High School class of 1953, she attended the University of Wisconsin-Madison, majoring in psychology. She then entered law school and was one of only three women admitted, which showed she was a true trailblazer. However, she did not finish her law degree because she met an intelligent and good-looking law student, William E. Chase, in the law library and fell in love. Together, they had one adopted child, Rosaline "Rose," one biological child, Kathleen "Kit," and they fostered two children for a brief time, Linda and Peggy.

Pat was a social worker in Iron, Green, Price, Ashland and Wood counties. She later became the Human Services Director of Ashland County. She was the president of the Wisconsin Social Services Association for a couple years. She had a simple prayer that everyone would be left better than when she first met them while she was working.

Pat was known for opening her home and her extraordinary hospitality to many friends and family. She loved to entertain making themed dinners from the places she had visited around the U.S. and the world. She was often asked for her lasagna, gnocchi and calico bean recipes. A highlight of her summer was spending time with her sister and brother-in-law, nieces and nephews at their cabin playing Qwirkle and Mexican train.

Pat loved to travel with her daughter, sister, brother, sister-in-law and brother-in- laws in the U.S. and the world. She loved visiting her aunts, uncles and cousins in Cornwall, England. She rode a Kodiak boat in St. Pierre and Miquelon, saw safari animals in South Africa, visited the rain forests of Costa Rica, taste-tested her way through France and Italy, toured the Sydney Opera house and saw the New and Old Town of Prague.

On game day you could find Pat in her Packer or Brewer sport's apparel rooting on the Milwaukee Brewers and Green Bay Packers. Another huge highlight in Pat's life was listening to Willie Nelson play at Big Top Chautauqua where he autographed her bulletin with "To Pat the girl I never met before." Another of Pat's talents was acting in murder mysteries with friends. She always stoled the show.

The funeral service will be held on Saturday, June 19, at 11 a.m. and visitation from 9:30 a.m. to 11 a.m. at the First Presbyterian Church in Hurley, with Rev. Don Nicholson officiating.

Donations can be made to the Hurley Presbyterian Church, the Salvation Army, Big Top Chautauqua or the Chequamegon Humane Association in honor of Pat's memory.

Thank you to St Luke's Chequamegon Clinic, Northwest Cancer Treatment Center, Northern Lights, the staff on the second floor of Memorial Medical Center, the Ashland EMTs, Regional Hospice and Home Medical. Because of your services and care, my mother was able to stay in her home until the last day of her extra-ordinary life.

Frost Funeral Home of Ashland is assisting the family with arrangement, to view the obituary online or to sign the guestbook, please visit us at bratleyfamilyfuneralhomes.com.