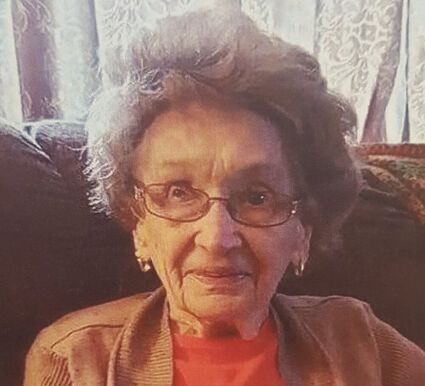 Elizabeth graduated from St. Ambrose Catholic School in Ironwood in 1949. After high school, she worked at Michigan Bell Telephone Company. Then, in 1955, a letter came in the mail, and it changed her life. Eugene A. Martino wanted to court her. In 1957, on windy Aug. 3, Elizabeth married Gene Martino at St. Ambrose Catholic Church in Ironwood. Betty and Gene honeymooned in Lower Michigan, and then settled down in Waterloo, Wisconsin. Betty moved with her husband around Northern Wisconsin from Chetek to Peshtigo, to Crystal Falls, Michigan, and then finally, they settled in Ashland, where she raised her family.

Betty was a homemaker for 18 years raising her four children, Michael, Steve, Mary and Jeanne. She was often busy in the kitchen or making clothes for her children on the sewing machine. Not only was she great in the kitchen, but she was quite a seamstress as well. She spent her time making all of her children's clothes and dolls, as well as, crotched the family's afghans. Betty was also an artist. She painted many portraits and in her later years, she loved to work with ceramics. When her oldest son went to college, Elizabeth started her job at J. C Penny. Betty loved her retail job where she could be found chatting with customers, laughing with her co-workers, and placing clothes on the racks. Betty worked for 15 years, and then retired.

Then she traveled the country together taking bus trips, visiting their children in Colorado and throughout Wisconsin, and going camping in their pop up camper. One of her favorite trips was going to Nashville, Tennessee, to the Country Music Fest with her daughter to see her beloved Garth Brooks.

Eugene suddenly passed away at the age of 67, and Betty started her own journey. She continued her love of travel with her best friends, having taken many bus trips, as well as, wintering in Alabama. She spent many days staying with her children over an extended amount of time and continued to share her cooking and baking with her grandchildren. She became a devoted Green Bay Packer fan and attended many games and even had a tour of Lambeau Field with Red Batty.

As she became older, she lived with her son, Steve Martino where she enjoyed crocheting her famous washcloths, watching Dr. Phil, and loving her grand puppies, Muffin and Teddy. Betty enjoyed her family, friends, and traveling, having visited 47 states, plus Mexico and Nova Scotia. She enjoyed her nightly cocktails and playing on her computer, she even became an avid Facebook user!

A Memorial Mass for Betty will be held at Our Lady of the Lake Catholic Church in Ashland at 1 p.m. on Monday, July 19. A gathering of family and friends will begin at noon, followed by a burial ceremony at St. Agnes Cemetery where she will be laid to rest next to her husband.

In lieu of flowers, consider supporting Chequamegon Humane Society or the Ashland Little League, Martino Field. Betty's family wishes to extend a heartfelt thank you to Mayo Hospice for all of their support.

Funeral arrangements have been entrusted to the Mountain Funeral Home and Cremation Services of Ashland and Mellen. Online condolences may be left at MountainFuneralHomes.com.