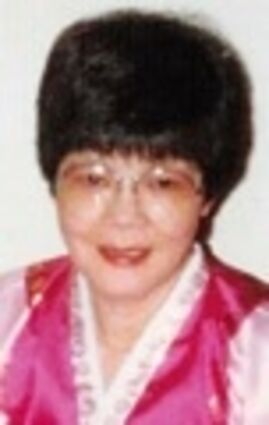 DULUTH, Minn. - Keum Melander, 84, of Saxon, Wisconsin, passed away on Friday, June 4, 2021, at Essentia Health-St. Mary's Hospital in Duluth due to surgery complications. She has passed into the light and rests in peace with her Lord and Savior.

Keum was born Chee Keum Yun on Sept. 16, 1936, in Nam Won-Kun, Korea, to Chee Man Kang and Tae Chung Soon. Keum attended schools in Korea. While Keum was working for an 8th U.S. Army Company that supplied services to the U.S. Army personnel, she met her husband, Leonard Melander, while he was serving at the U.S. 8th Army base where she worked. Keum and Leonard were united in marriage on Feb. 17, 1960, at the American Embassy in Seoul, South Korea.

After Leonard's tour of duty was over, he and Keum arrived in Seattle on Aug. 3, 1960. Keum and Leonard went on to live in Junction City, Kansas, while he served his remaining time in the U.S. Army and was honorably discharged in 1962. After they moved to Kanas City, Missouri, where Leonard was employed as a television technician. While in Kansas City, Keum worked at a nursing home for the severely handicapped.

In September 1964, they moved to Oklahoma City where Leonard was promoted to general manager of Videon Television Inc., a franchise company. In June 1966, Keum and Leonard moved to Tacoma, Washington, when he went to work for Boeing Aircraft as a lead expeditor. Keum and Leonard also maintained an apartment complex in which they resided. In 1976, Leonard was employed by General Telephone Electric of the NW as an installation and repair technician. In 1979, Keum and Leonard moved to Kent, Washington, where they resided until 2005.

Keum and Leonard were members of the Lutheran Church of the Cross where Keum served on the altar guild. While in Tacoma and Kent, Keum was employed by Nalley's Fine Foods as a production line worker, Ostrum's Mushroom Company, and at a family greenhouse where she was a supervisor. Keum loved to work with plants and flowers.

From 2002-2005 they were RV'ers who spent most of their time in Arizona or Wisconsin. Keum and Leonard sold their home in Kent, and became full-time RV'ers in 2005. Keum loved to go to Weslaco, Texas, and stay there throughout the winter. In 2006 they moved to Saxon and built a house on their property.

Keum loved to garden and plant flowers. Every year she had to make sure her hummingbird feeders kept full for the hummingbirds that showed up. Keum and Leonard were members of Immanuel Lutheran Church at Little Girl's Point in Ironwood Township, Michigan. Keum was a member of the American Legion Post 371 Auxiliary and was a volunteer at the Aging Unit of Iron County, Wisconsin.

Keum was preceded in death by her parents and her mother and father-in-law.

A memorial gathering will take place on Saturday, June 26, from 10-11 a.m. at Immanuel Lutheran at Little Girl's Point in Ironwood Township. A memorial service will follow at the church at 11 a.m. with Rev. Rick Williams officiating. Burial will follow at Lakeview Cemetery in Saxon, Wisconsin. Following the burial, everyone is invited to a luncheon at the Community Center in Saxon.

In lieu of flowers, memorials may be directed to Immanuel Lutheran Church at Little Girl's Point.

The family has chosen McKevitt-Patrick Funeral Home of Ironwood to honor Keum's legacy of life. You can leave a condolence or tribute at mckevittpatrickfuneralhome.com.