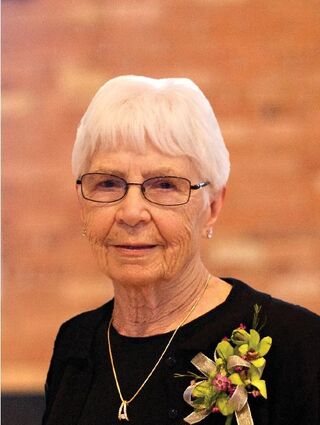 HURLEY, Wis. - MaryKay Bertagnoli, 96, was called home on June 4, 2021, with her daughters Joan and Brigett by her side.

She was born Mary Catherine Cecilia Flandrena on Nov. 22, 1924, in Hurley, to the late James and Mildred Flandrena. She attended Hurley schools and St. Mary of Nazareth School of Nursing in Chicago. Upon graduating in 1947, she worked at Newport Hospital in Ironwood, Michigan, as a registered nurse. She married John R. "Jack" Bertagnoli on Aug. 5, 1950, and together they operated Bertagnoli Distributing Co. They were devout members of St Mary's Catholic Church in Hurley.

Jack and MaryKay raised five children in Hurley, spending winters on the area ski slopes and summers at their treasured family cottage on Pine Lake. MaryKay always welcomed a visit from a friend, whether it be a cup of coffee, a game of Bridge, a round of golf, or a cold beer and pontoon ride. She was her grandchildren's biggest fan, never missing an opportunity to cheer them on or brag about their accomplishments. MaryKay was a talented knitter, making beautiful sweaters for her children, grandchildren and great-grandchildren. Her love is felt in the many colorful afghans her family cherishes.

MaryKay relocated to Green Bay following Jack's death in 2008. As a dedicated Packers fan, she enjoyed the flurry of activity in Green Bay. She met many new friends and enjoyed frequent visits from her grandchildren and great-grandchildren, which was her greatest joy.

In addition to her parents and husband, MaryKay was preceded in death by her brother, Robert Flandrea; and sister, Joan Motes.

Funeral services will be held in Hurley at a later date. In lieu of flowers, donations may be made to the Iron County Food Pantry, 72 Michigan Ave., Montreal, WI 54550, a charity which MaryKay supported.

MaryKay's family would like to extend a heartfelt thank you to all of her caregivers at the Woodside Community, especially the Villa, and her loyal special friend Joan Olson.