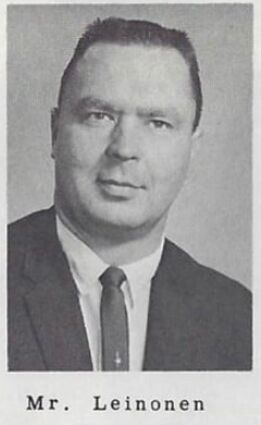 He was born July 26, 1932, at the Finnish Hospital in Ishpeming, Michigan. His father, William and mother, Alma (Tarvainen), were both of Finnish descent.

Leinonen, who grew up in Covington, graduated from L'Anse High School in the class of 1950. He attended elementary school in Covington.

While in college, he was drafted into the U.S. Army and did Basic Training at Camp San Luis Obispo, California and was trained in teletype. He then served at Camp Gordon, Georgia; Fort Bragg, North Carolina; and Fort Huachuca, Arizona.

Following his service, her returned to NMU and was graduated in 1957 with a bachelor of science degree.

Denver and Patricia Annette Strangle were married on Aug. 10, 1957, at Trinity Lutheran Church in Trout Creek.

He then turned his focus to teaching and was hired by the Ewen Public Schools to teach boys' and girls' physical education for grades 7-12 and coached all school sports.

As a coach, he had his proudest moment early on. On Nov. 21, 1958, Denver's boys' basketball team stopped Chassell's 65 game winning streak by a score of 38-36. The Chassell streak broke the old Mass record of 59 wins and lasted 58 years. It was Leinonen's biggest athletic accomplishment and he enjoyed it for nearly six decades until Powers North Central broke the streak in 2017 and went on to win 84 games.

After graduating with a masters degree in 1962, Denver and Patricia moved to Almont, where he taught seventh grade for one year and then for 24 years taught U.S government and history.

In addition, he taught driver's education for 37 years, helping over 2,400 students get their driver's licenses.

During retirement he kept busy with many endeavors. He spent his summers at the Leinonen Centennial Farm in Covington-a place that he got recognized as a Michigan Historic Site. 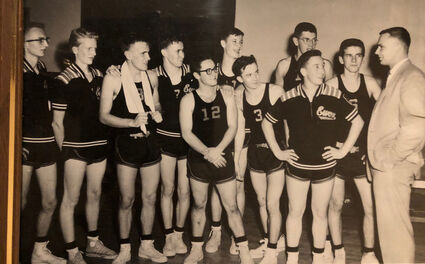 He was an original founder with Patricia, Claude in the Covington Historical Museum in 1997.

Denver is survived by his wife, Patricia, who he was married to for 63 years; his son, James of Long Beach, California, and his daughter, Erin; and his son, Jerry of Newnan, Georgia, his wife, Marci, and their sons, Austin and Blake. Preceding him in death are his parents, William and Alma; and his brother, Claude.

A funeral service was held at St. Paul's Lutheran Church in Imlay City in the Lower Peninsula on April 1.

In lieu of flowers, a donation can be made to the Covington Historical Museum.