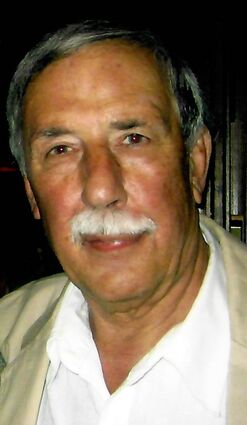 John was born on April 21, 1940, in Minneapolis, to Edwin and Viola Nachtsheim.

John attended school in the Robbinsdale, Minnesota, school system and graduated from Robbinsdale High School in 1958. He was an outstanding athlete, participating in football, basketball and track. He received numerous athletic honors while in high school.

While at UMD, John met and married Marla Kay Nachtsheim of Ironwood, Michigan, on May 26, 1962.

He is survived by Marla; along with their four children, Jana Kay of Duluth, Mark John (Marlys King) of Duluth, Michael Edwin of West St. Paul and John James (Kara) of White Bear Lake. He is also survived by grandchildren, Michael, Jack, Kelly, Maddie, Olivia, Chloe, Natalie, Max, Izzy, Amelia and Violet; and one great-grandson, Marlo Jax. He is also survived by one brother, Jim of Brooklyn Park, Minnesota; and one sister, Nancy of Aurora, Illinois.

He is preceded in death by his parents; and father and mother in law, John and Lempie Hariu of Ironwood.

Although John had signed a contract to try out with the Minnesota Vikings football team in 1963, he decided to begin a career in teaching and coaching. He taught school and coached several sports during his coaching career which continued for 37 years at Hurley, Bayfield, Washburn and Drummond high schools as well as the College of St. Scholastica in Duluth, Minnesota. He became well known for his ability to rebuild sports programs and achieved much success in working with young people. During his time as an educator, coach and parent, he stressed "Let's do things the right way!" All that he ever asked of his students and players was to work hard, knowing that then good things would happen.

John had a positive influence on many young people during his lifetime and was a great role model and mentor to many athletes and students, a number of which (including his own sons) are now coaches themselves. He was fortunate to coach his own sons both at the high school and college levels, which was a positive experience for father and sons alike. One of his greatest joys in the last several years was watching his grandchildren develop into good students and athletes. He enjoyed watching their athletic events and school programs. John appreciated the support of his wife throughout many years of coaching and teaching. When asked what he would say to those he taught and coached, he replied "I hope that during my life, through my influence, that my children and students and people around me became better people and learned to live in the real world".

In lieu of flowers, the family will be accepting donations for a scholarship fund to be set up for student/athletes in the northern Wisconsin area.

Arrangements are by Bratley Funeral Home of Washburn, to view the obituary online or to sign the guestbook, please visit us at bratleyfamilyfuneralhomes.com.